Timelines like these. 200 million years ago, Sri Lanka, India, Madagascar, Australia and Antarctica were connected in one land mass, the Gondwana. Sri Lankan Tamils (Indians by origin) have occupied Ceylon since 3000 years. And the country has been a bastion of Buddhism since the 3rd-century, when Mahinda, son of the Indian Emperor Ashoka, introduced a new religion to the island. Flashbacking inspirations? Go, seek the spectacles of Sr Lanka’s Cultural Triangle. 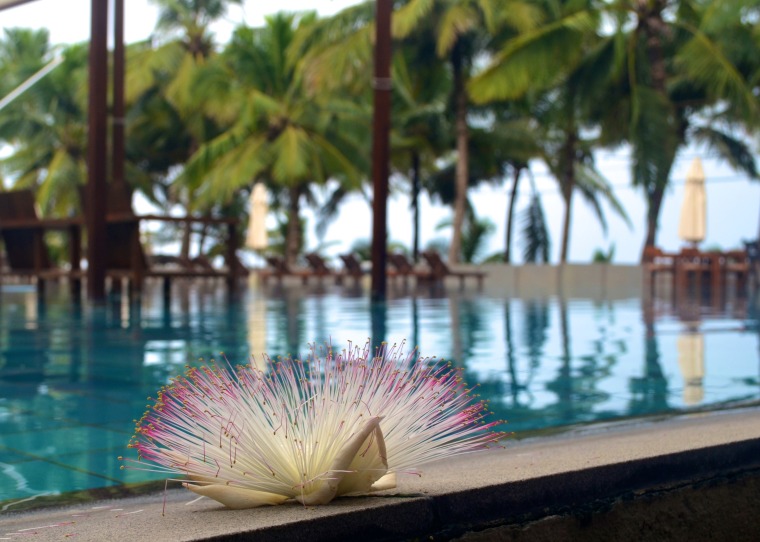 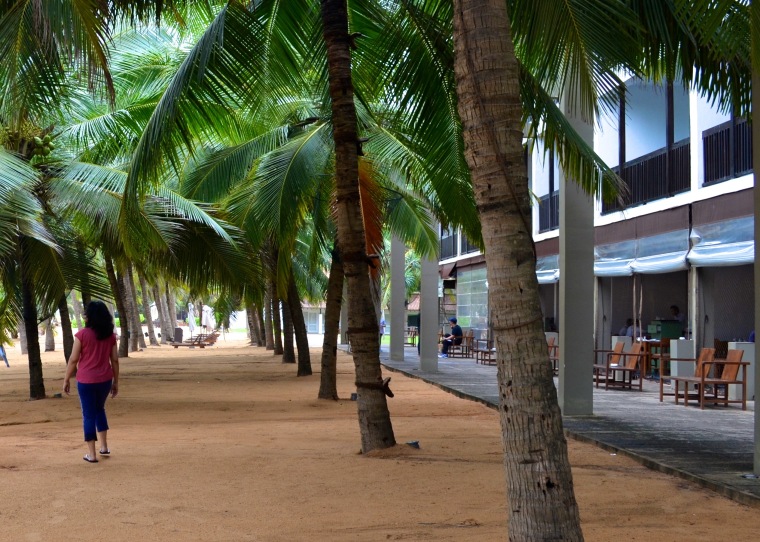 Sigiriya: Fortress on a rock

Puncturing the green of the deep, dense jungles, stands a steep 656-foot monolithic rock doubling as a monumental 5th-century lion-shaped stronghold. A terraced city sprawls at its feet and a palace crowns its summit. Machu Picchu fan base alert! Dare you to miss Sigiriya.

Know the story: King Kashyapa relocated the capital from Anuradhapura to Sigiriya, driven by throne paranoia and divinity delusions. After his defeat in 495, the citadel fell into ruin. Palace to pilgrimage to UNESCO World Heritage site…its journey has been anything but exciting.

Find the favorite feature: Sigiriya is an engineering feat and example of miraculous ancient urban planning. Flaunt-worthy are Asia’s oldest surviving landscape garden and a sophisticated pumping system located in the complex.

Stock up on artistry: The oldest and best-preserved examples of Sinhalese wall graffiti half-way up the rock, on a polished wall enough to be deserve the name Mirror Wall. Think divine maidens decked with jewellery and flowers in complexions of red, yellow and green, painted more than 1,000 years back! 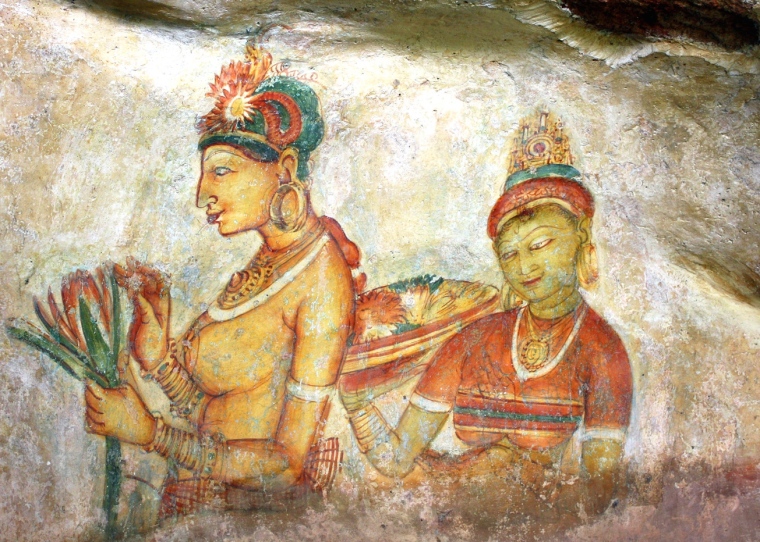 Go deeper, immerse: Climb 1,200 steps up a stone stairway through the lion’s giant paws, mouth and throat to mount a plateau of ruined palaces and pools overlooking a sprawl of wild jungles. Breathe. Gasp. Wonder. Alternatively, for an offbeat adventure, hire a tuk-tuk and score high on 360-degree Sigiriya through the surrounding jungles, stopping at vantage points with different angles to gape at the hardened magma of the extinct and long-eroded volcano, with near-vertical walls reaching for the skies. 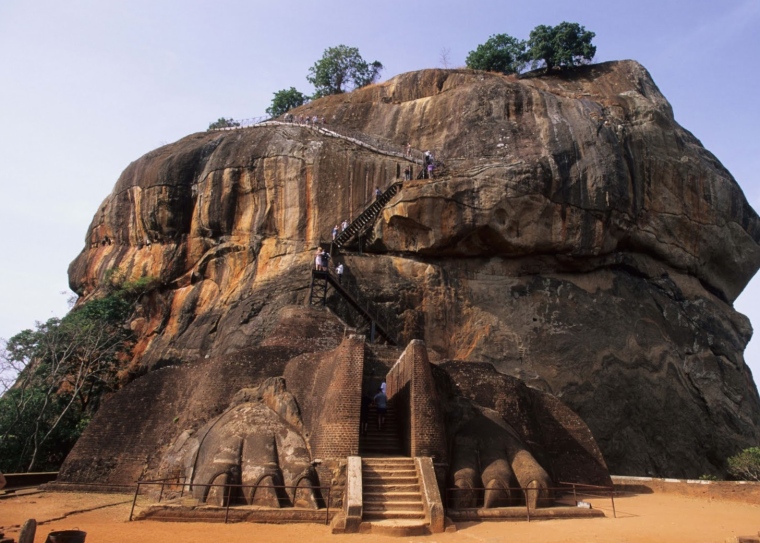 Its an ancient garden city filled with palaces, pleasure gardens, Buddhist monuments and Hindu temples, sheltered in a serene 4-km woodland, enclosed by three concentric walls, on the east shore of a centuries-old 2100-hectare artificial lake. Ruin-lovers, pin Polonnaruwa on your travel map. 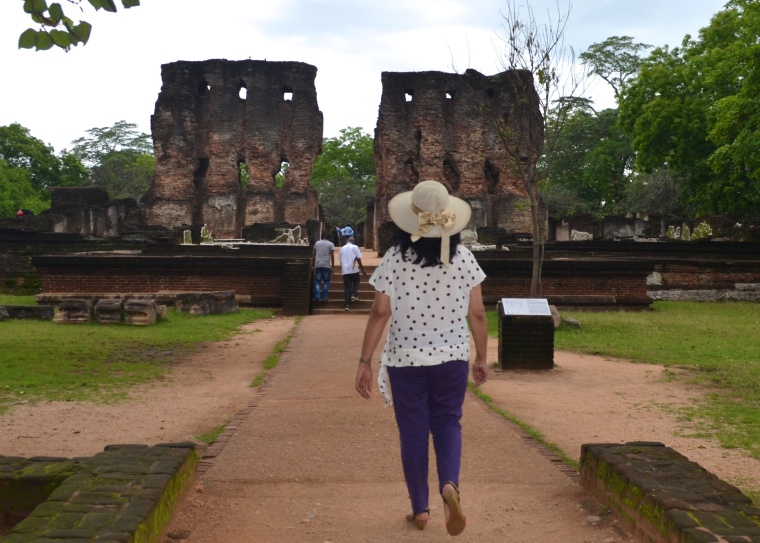 Find the favorite feature: Eye-popping structures are scattered all over, but the piece-de-resistance is the Rankoth Vehera Dagoba. A stunning 55-fit brick masterpiece that resembles an over-sized bell is simple and unadorned, except for four engraving-rich altars at the centrepiece. Jaw-dropping continues at Gal Vihara, where four colossal Buddha carvings deck a granite boulder…including a 46-feet reclining figure. 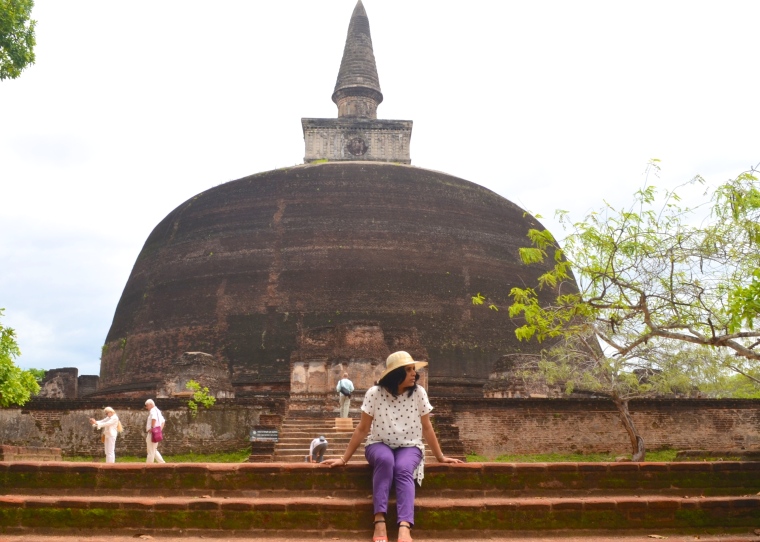 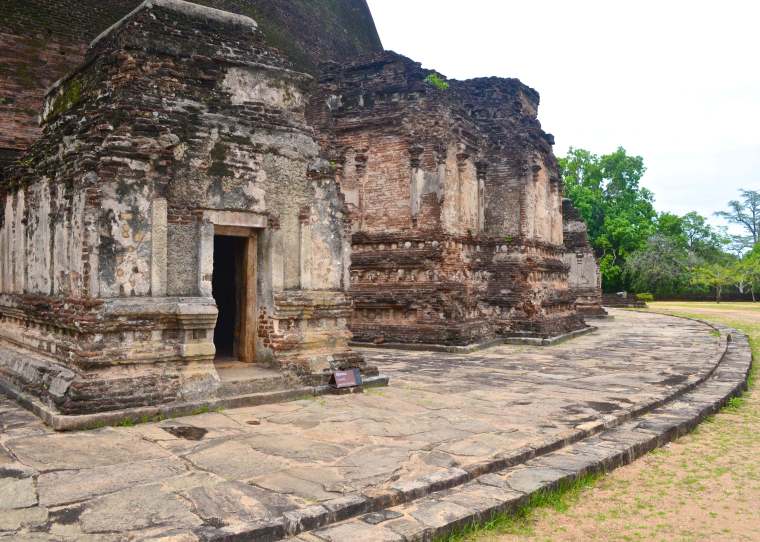 Stock up on artistry: Swoon over the best preserved moonstone (Sandakadapahana) that adorns the northern entrance to the upper terrace of the Vatadage. A conventionalised half-lotus dominates the centre and is enclosed by concentric bands, decorated with processions of lions, horses, elephants and bulls. Contemplate its deep symbolism of shunning worldly temptations and striving for nirvana.

Go deeper, immerse: Walk or cycle all over the royal palace complex and the cluster of religious buildings (Sacred Quadrangle), gloating over the finest ancient architecture in all of Sri Lanka. Buddhist monasteries rub shoulders with Hindu temple. Look for the horizontal level decorative sculptures in dancing positions, inspired by the classical Indian dance form, Bharata Natyam. Culture cauldron. 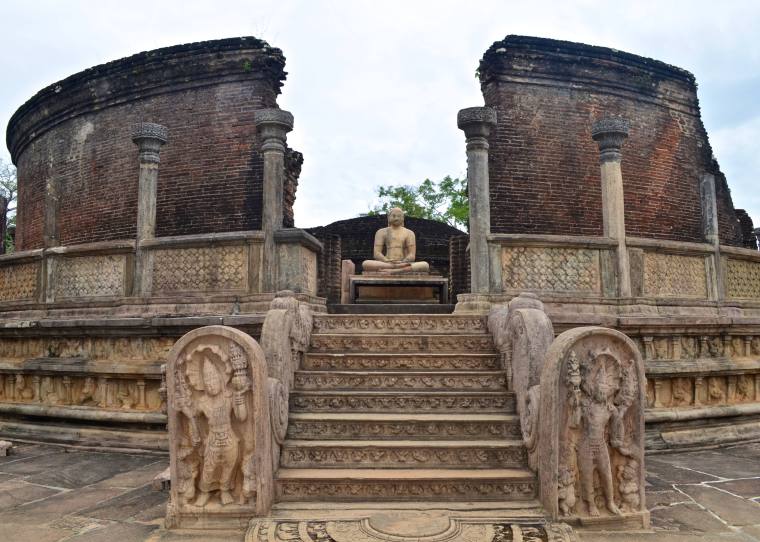 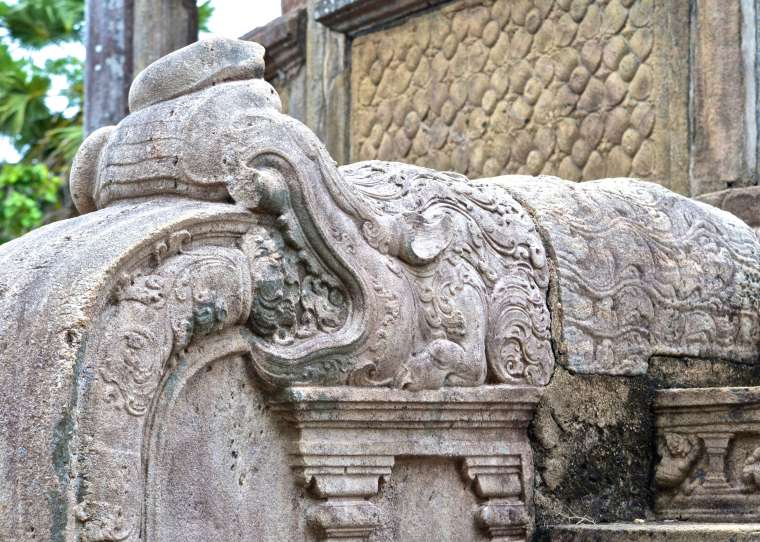 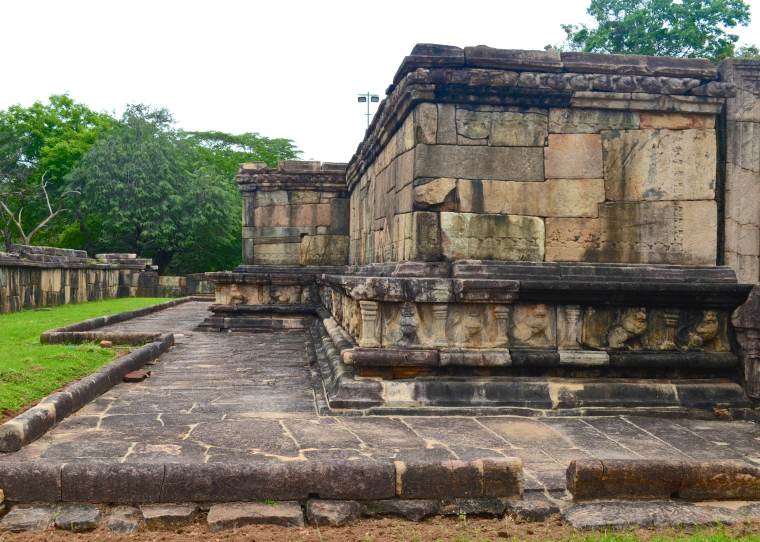 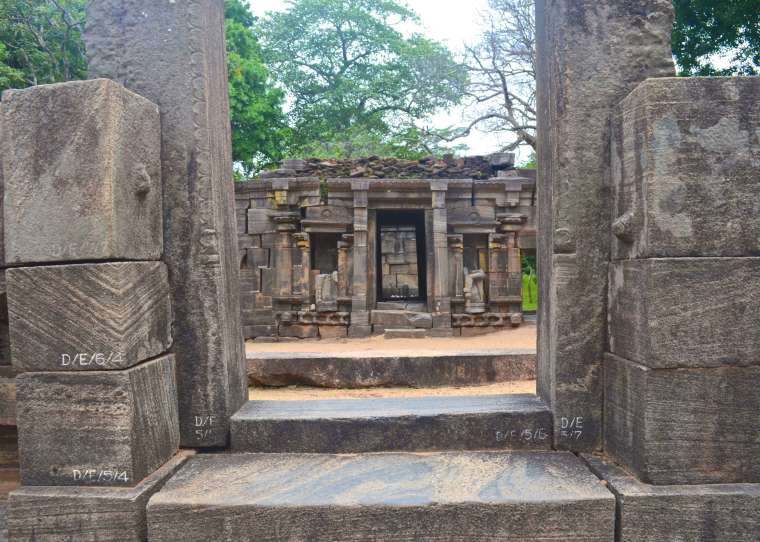 Know the story: King Buvenekabahu set up a a rock-fortress capital here in the late 13th-century to safeguard the Sacred Tooth Relic. Years of flourishing followed, replete with close diplomatic ties with countries including China. After his death, a sweeping famine and Pandyan invasion, the Tooth Relic and other treasures were looted. In the mid-16th century, the Portuguese struck the last blow and destruction was complete.

Find the favorite feature: Three sets of narrow, precipice-steep flights of steps up an ornamental stone stairway. First two are functional and the final one is embellished with exquisite art with distinct South Indian influence…exultant dancers, joyful musicians, playful dwarfs, mythical animals. Two magnificent lions guard what was Lanka’s most precious possession in grim silence, the only ones of its kind in the country.

Stock up on artistry: The elaborate doorway is flanked by heavy stone walls and two empty frames occupy what used to be two intricately carved windows, greco-style columns and extravagant sculptures. This is the Foundation of the Temple of the Tooth. Or the crumbling, proud remains of its glorious past.

Go deeper, immerse: Stand at the threshold of the stony doorway, trying to reconstruct remains of its elegance and grandeur. Visualise devoted believers ascending the steps. Study the minute details carved in stone. Feel the quiet. Be. Then scale the summit of the Yapahuwa rock by a rough path leading off from the left of the temple to witness more ruins and remains. Feel the rambling jungle, rolling hills and sunbathed rocks below. Invincible much?

48 thoughts on “Three lost cities of Sri Lanka you need to find now!”