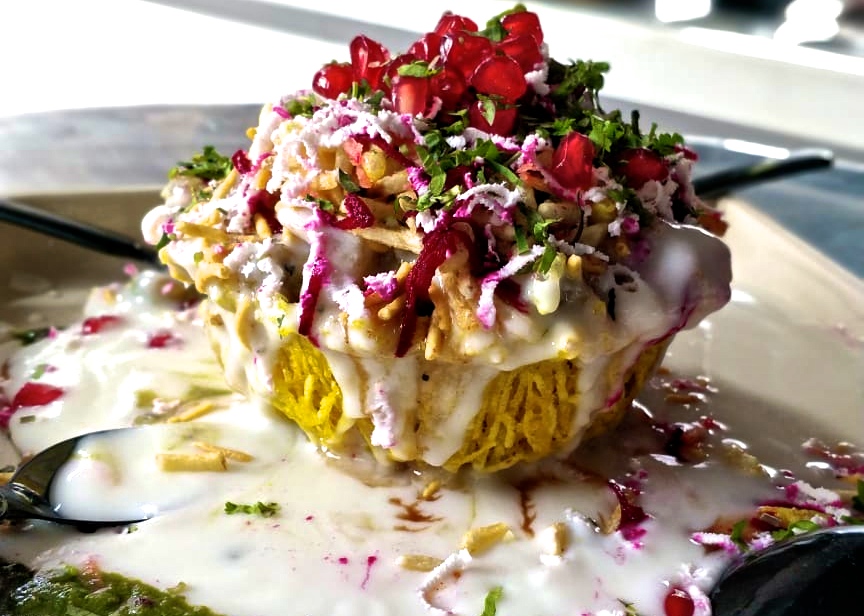 Digging into Lucknow’s culinary past…

Tripping India? Then deep diving into dozens of delectable dishes is inevitable and predestined, even mandatory! And how could it not be…considering that the rich and diverse cuisine of the subcontinent has always held pride of place as one of the most evolved in world gastronomy. Seek curries and spice and all things nice across the length and breadth of the country. But when it comes to delicate flavours, refined techniques and palate perfection…bookmark Awadhi cuisine.

Know the dish: Disc-shaped, small meat patties made by adding a rich paste of papaya, yoghurt and gram flour to minced meat and blending with delicate spices like black pepper, cardamom and star anise. Shallow-fried on a large cast-iron girdle heated by smouldering charcoal. No biting or chewing needed. Its melting-soft… true to its name, ‘galawati’. And that smoky aftertaste…divine!

Dig into the lineage: The original kebabs of Turkey have come a long way from when soldiers chargrilled barbecued meat chunks on sword skewers over open fires. Kebabs were introduced to India through Awadh with the first Persian Nawab, Sadat Ali Khan. They refined into their present form under Nawab Asad-ud-Daula,  when the “Renaissance of cuisine” encouraged royal chefs to innovate each other out of the game. 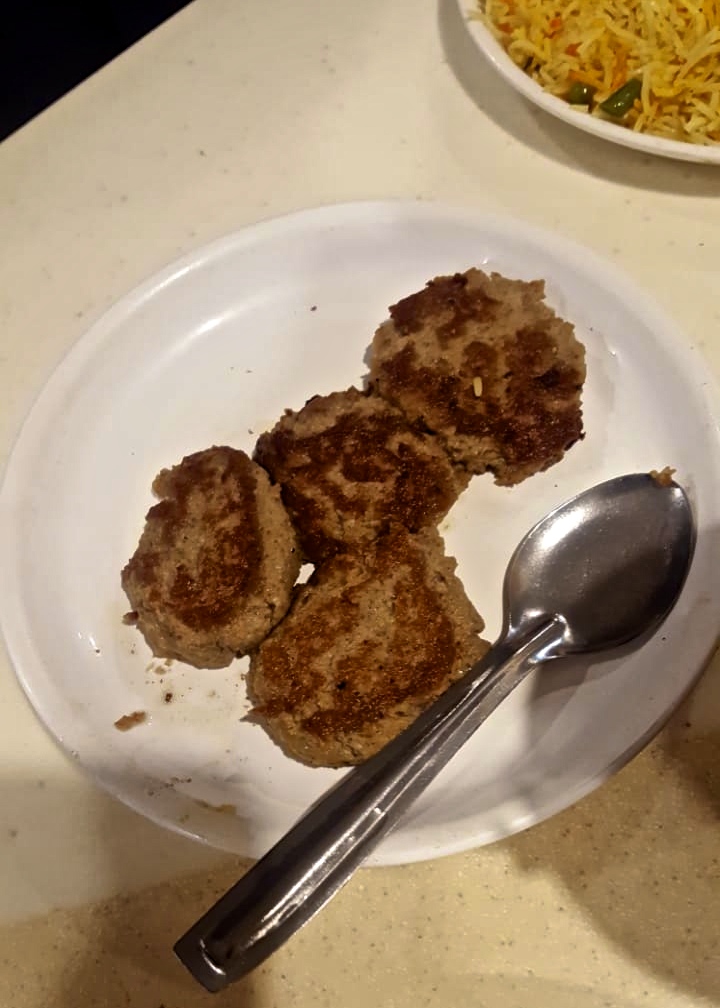 Sample the legendary: The Galawati was first made for an ageing, toothless Nawab by a one-armed (tunday) chef Haji Murad Ali. The famed Tunday kebab shop in the old quarters of Aminabad is his legacy from the late 17th-century. Hordes still gather at its various outlets everyday, relishing the closely-guarded secret family recipe. 160 different spices, they say…whoa!

Know the dish: A saffron-flavoured, sweet flatbread (‘sheer’ means milk and ‘maal’ means rich food). Makes a perfect complement to the delicate stews and kebabs of the region. No ordinary accompaniment to scoop up gravy or wrap kebabs, this. The deal is enjoy its chewiness separately and relish the soft sweetness for itself…alone. The ghee in the dough makes it re-heatable for breakfast, much like the parantha. Buy and hoard, if once is not enough.

Dig into the lineage: Another Persian import, scream the Sheermal’s foreign ingredients like crushed nuts, cardamon and saffron. Thankfully, no longer reserved for the upper echelons of society, as it used to be during the Awadh aristocracy days. 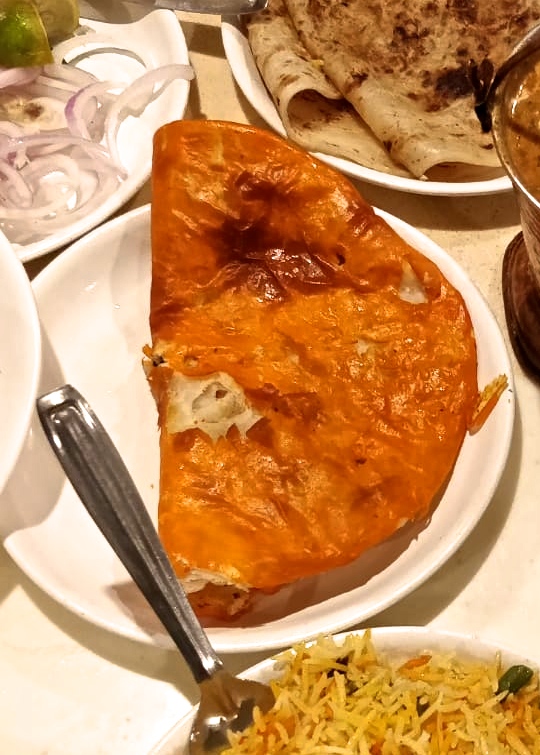 Sample the legendary: Bread it out with a journey down Sheermal Gali for the widest variety…basic to super-sized (Baqarkhani) to thinnest (Hazri Sheermal) to richest (Zafrani). Recommended pitstop: Ali Hussain Sheermal (oldest and best).

Know the dish: Rice dish cooked in seasoned broth with vegetables or meat, much like pilaf, risotto, paella or jambalaya. Awadhi Biryani is a ‘pukki’ biryani, where meat and rice are cooked separately then layered in a copper vessel for the finish. Meat stock and slow cooking with spices for about two hours makes it moist, tender and delicately flavoured. 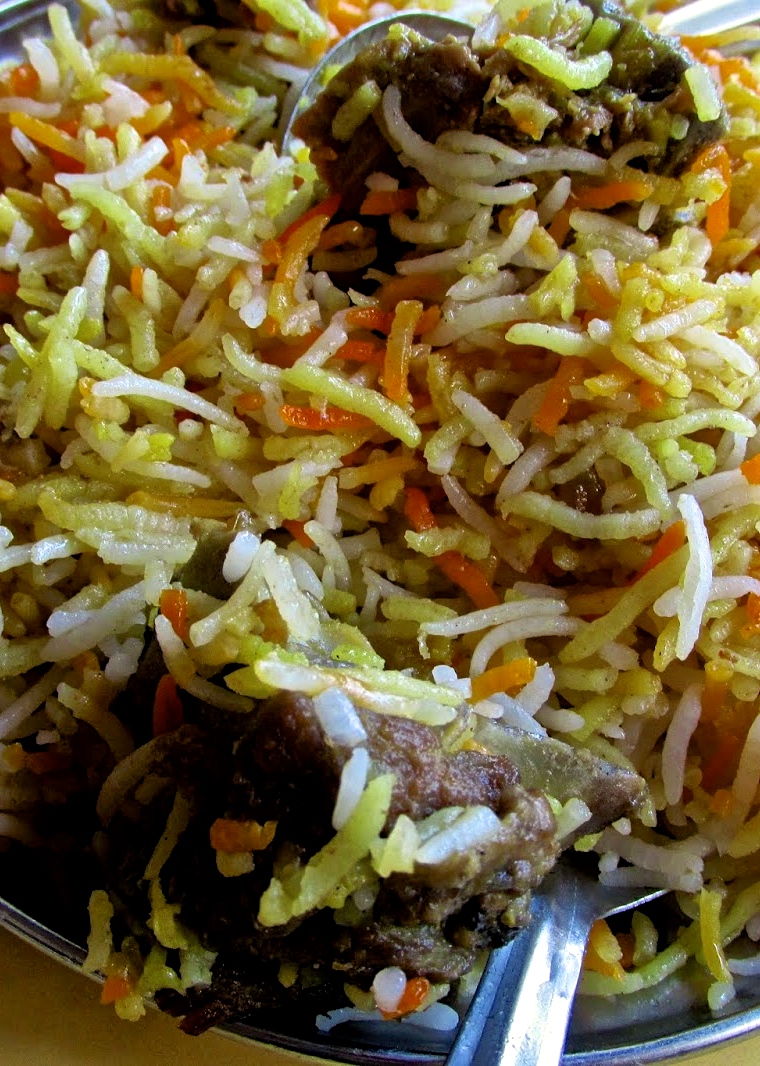 Dig into the lineage: Persian? Naturally! Biryani is derived from the word ‘birian’, which means ‘fried before cooking’. Its Indian origins can be traced to the 14th century, when Turco-Mongol conqueror, Taimur Lang landed in India. An elementary version of ‘biryani’ was already part of his army’s diet then. Another popular legend (from 300 years after), connects biryani to Shah Jahan’s queen Mumtaz Mahal, on whose orders a wholesome meal blending meat and rice was created for the the impoverished Mughal army.

Sample the legendary: Pay homage to the best biryani at Wahid at Aminabad. Noteworthy feature? Rice and spices showcasing meat in all its purity. Suggested delicacy: Chicken biryani with potli masala, a pouch of 55 masalas used to soften the smell of meat.

Know the dish: Indian version of ice cream made with thickened milk, sugar, saffron and pistachios. Served on a stick or in slices in a plate.

Dig into the lineage: The name comes from a Persian word qulfi; meaning a covered cup. Can be traced back to 16th-century roots, when Mughals added pistachios, green cardamoms, saffron to an existing Indian condensed milk dessert (kheer). They packed it into individual metal cone cups and froze it in large ice containers using a slurry mixture of ice and salt for transporting from Himalayas through the desert to warmer parts of the empire.

Sample the legendary: Prakash Ki Kulfi in Aminanad, just steps away from Tunday Kabab shop. Prakash Chandra Arora’s 1965 venture, now managed by his family, uses its own lusciousness formula…including milk boiled for three to four hours. Gorge on the iced delight doused in rose syrup, dug out straight from the ice bucket. With or without falooda (silky vermicelli noodles) topping.

Dig into the lineage: Chaat originated in the royal kitchen of the great emperor Shah Jahan, when he fell ill. The Shahi Hakim (emperor’s special doctor) advised him to strengthen immunity by consuming spicy and light food. It is believed that chaat was then introduced in the city to counter the effects of unpalatable river water. Great for the tongue, even better for the tummy!

Sample the legendary: Royal Cafe in Hazratganj has everything drool-worthy under one roof. Sights, aromas, flavours to whet any appetite. Don’t even consider giving this one a miss.

Know the dish: Fried pocket of soft potatoes, peas and green chillies. Eaten with much love all across the country with tea as an evening snack. Piping hot.

Dig into the lineage: The physical and phonetic resemblance to the Egyptian samsa is no coincidence…that’s the ancestry speaking. A name derived from the pyramids of Central Asia, these palm-sized triangles are hot sellers all over the East…and that’s where they crossed into India with the Mughals. 14th-century traveller, Ibn Battuta, refers to a royal delicacy in the court of Muhammad bin Tughlaq, called sambusak made with minced meat, walnuts, pistachios, almonds, and spices. It was in the state of Uttar Pradesh that the samosa finally morphed into its potato-pea vegetarian avatar. And made home in the hearts of India for eternity. 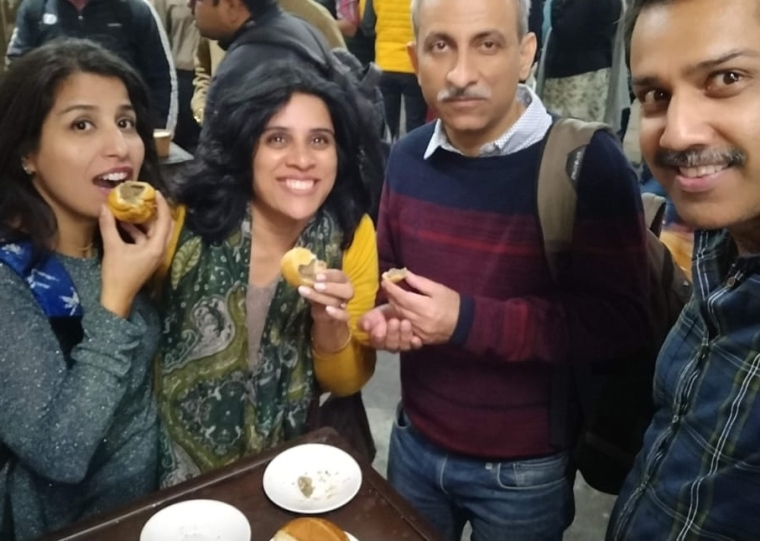 When you’re done for the day, consider the ‘foreign import’ influence common to each of these iconic Awadhi eats. Sculpted with local ingredients, moulded to local taste and served in local style. And stamped Indian. Quintessentially. And unquestionably. 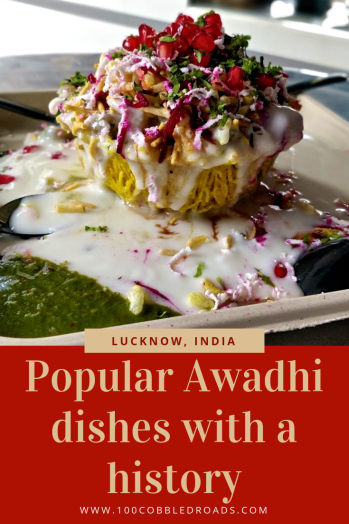 46 thoughts on “These popular Awadhi dishes have a fascinating history”