Witnessing an old Portuguese tradition that lives on…

We stared across the waist-high parapet, dumbstruck by the glorious view of Nazaré and the Atlantic Ocean below. From the large Sitio Square at a mountain ridge over 100 meters above sea level, the softly curved sandy shores, the curling white waves on the beach and the tranquil blue-green shaded waters seemed unreal, untouched, perfect.

Behind us, the camera was rolling and so was she. Preening proudly. Posing flamboyantly. Smiling gleefully. Onlookers paused to gaze, and so did we. It was clear they were filming the traditional women of Nazare, possibly a story about the seven skirts that they wear. The chosen model was an old Portuguese woman selling peanuts, almonds, cashews, brazil nuts and dried apricots on a makeshift stall. Photo-finished with her twinkling eyes and weathered wrinkles…no airbrushed makeup here.

Her large gold earrings swung cheerfully and the turquoise pins studded on her hair bun glinted in the afternoon sun. I studied the pretty lace edging on her mauve-and-black outfit. The mauve-pink-green stockings on her legs were perfectly color-coordinated. She continued flaunting her seven skirts, her claim to fame. Her face was red with excitement…the day was going to keep her awake all night. She would be the talk of the town for several days to come, and she would narrate the story to everyone for weeks. Her family would gloat about it and her grandchildren would gather around her, watching the televised coverage again and again and again. 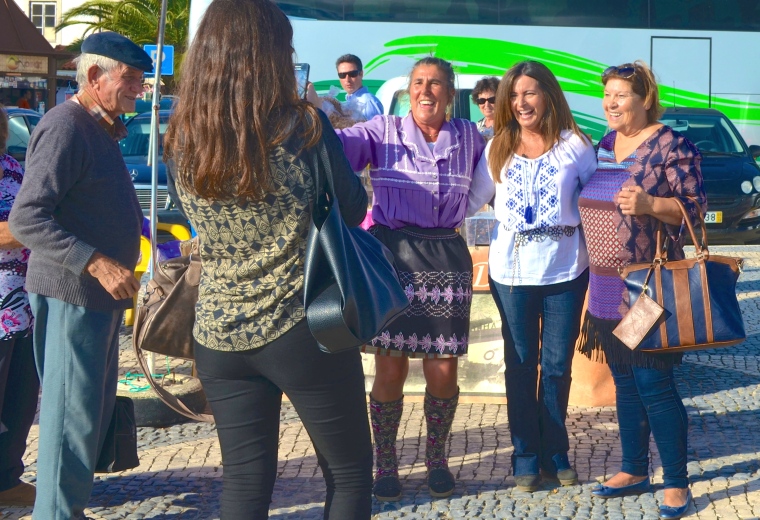 So, seven skirts of Nazare…perhaps they are a symbol of the seven days of the week or seven colours of the rainbow or just the lucky number seven. A tradition from the times when fishermen’s wives waiting for the safe return of their husbands on the beach in cold, wet, windy conditions, used to clothe themselves in multiple layers to keep warm. My curiosity was connected not so much to the seven layers, but rather this: if they wear seven skirts everyday, do they own skirts in multiples of seven, i.e. fourteen, twenty one etc…how else would they have a fresh set every day of the week??

We moved away to inspect the beautiful 16th-century Shrine of Our Lady of Nazareth, known as Nossa Senhora da Nazare nearby. The richly decorated main altar had us staring for a long time. But I couldn’t help thinking about the seven-skirted woman on cloud nine. 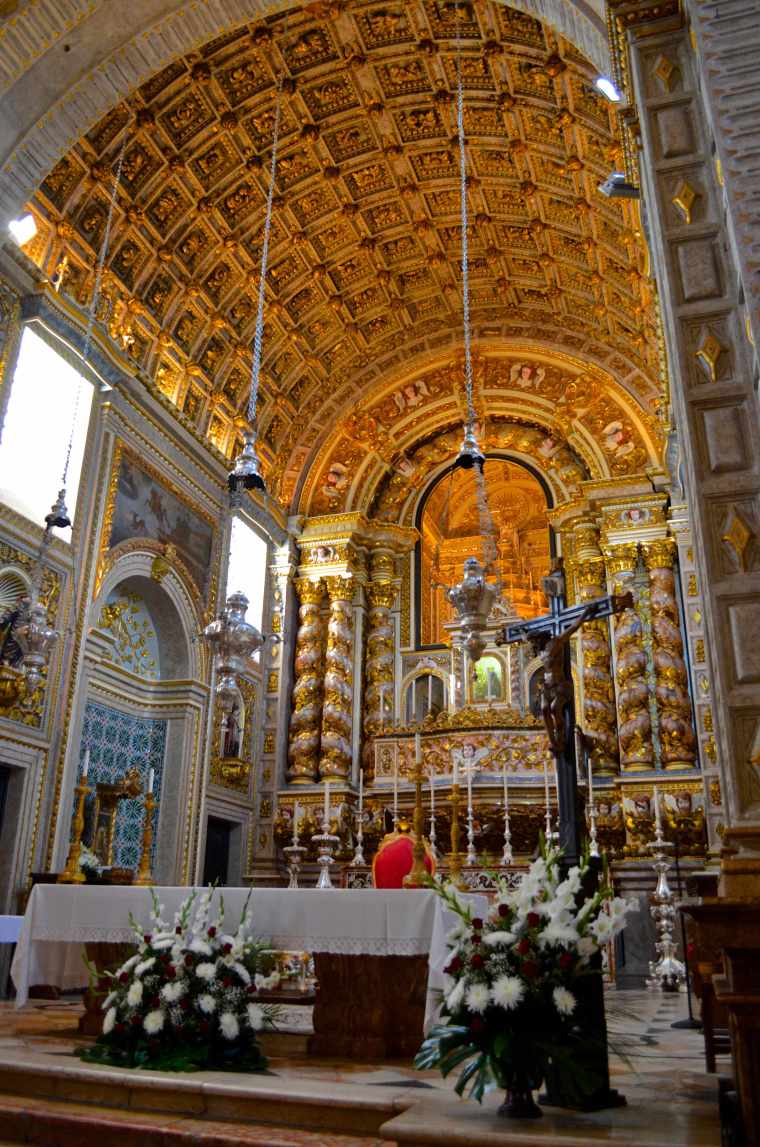 Later, as we mingled with pilgrims and tourists in the small chapel of Ermida da Memória, we learned about an even more famous local legend…that of Dom Fuas Roupinho, who was saved from a certain death by Virgin Mary while chasing a deer.

In the small fishing village, 130 km from Lisbon on the west coast of Portugal, where tsunami-like waves push crazy surfers beyond limits of sensibility to perform inhuman feats in water, these women still wear seven skirts in winter. Two kinds of traditions live on…you choose your favourite! I know mine.

72 thoughts on “The fascinating mystery of the seven skirts”