Unearth an abandoned neighbourhood in Gujarat

I shouldn’t have gone googling when the guide asked me, “Would you like to see the wooden mansions of Sidhpur?” It killed the surprise. Or maybe I should have. Because it would have been a huge mistake to skip it. Pick from various good hotels in Ahmedabad to stay, and drive 112 km away to this ancient city of north Gujarat, believed to be located at the junction of the rivers Ganga and Saraswati.

At first glance, its just a remote Indian town untouched by modernisation, but hold your breath till you reach the Dawoodi Bohras neighbourhood. And exhale. Pinch yourself. Rub your eyes. Still there! A broad lane filled with majestic mansions on both sides. Defying all possible expectations. Not because they’re mansions, but because they’re distinctly European in appearance. In the whole range of soft pastels…lime green, pale pink, lilac, salmon, peach, mint green and lemon. You might as well be standing in one of the streets of Karlovy Vary in Czech Republic. But this is a dusty little town in one of the most traditional regions of Western India! And not a soul in sight.

There’s lane after lane of such houses, all standing abandoned. Is this a dream? A movie set left behind? Or a ghost town evacuated after a mysterious disaster? Hold your horses. The reality isn’t even remotely fantastic. Apparently, the properties were built by a prosperous community of Bohras, (Shia Muslim traders), who migrated from Yemen in the 18th century. Influenced by the good life in Europe? Without a trace of doubt.

Once you’ve steadied yourself from the initial dizziness, venture closer and fuel your heightening curiosity further. Order, homogeneity, symmetry, precision…all the essentials features of a predominantly European character meet your gaze unflinchingly. Gaze back with deeper, microscopic vision and decipher the code…similar shape, similar material, similar design. As if all houses were commissioned to the same architect, who used just one common, basic blueprint. Or were all of them clones of the first one? If they were all washed in the same colour, it would appear to be one giant condominium. Its an incredible mix of architectural styles, varying from Gothic to Art Nouveau to Art Deco exhibited through every extravagant aspect possible. Stuccoed facades, ornate columns, trellised balconies, gabled roofs, elaborate brackets, grandiose banisters, flamboyant door mouldings, decorative grills and stained glass windows. All empty! Unreal. 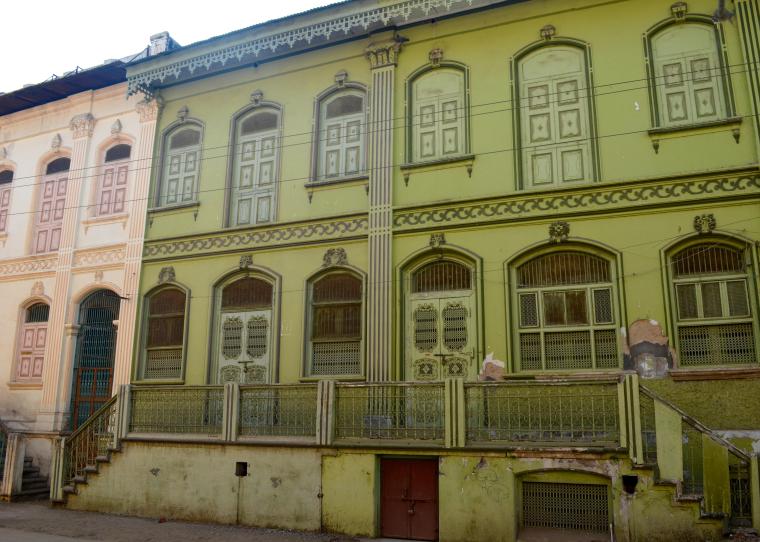 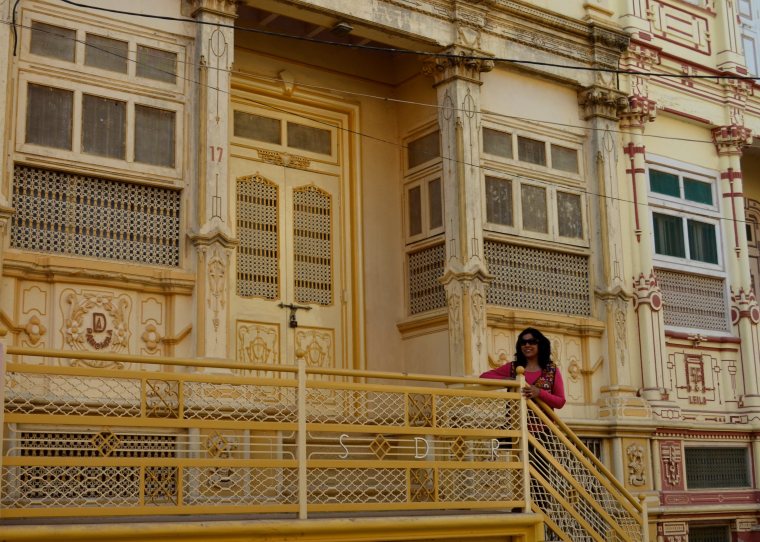 …but not in spirit

The character is outwardly European, but there’s a very local spirit within. The most obvious one that strikes you is the Gujarati tradition of using wood as building material. But with an unusual, reinvented aesthetic expression. Extensive use of geometric patterns and an abundance of nature motifs like flower and creepers to adorn doors and windows, in keeping with Islamic convention. The human and animal figures that are a quintessential part of Indian design vocabulary are conspicuously absent. Every house has an intricate monogram in English representing initials of the owner! Could you think of a more impressive display for your nameplate? 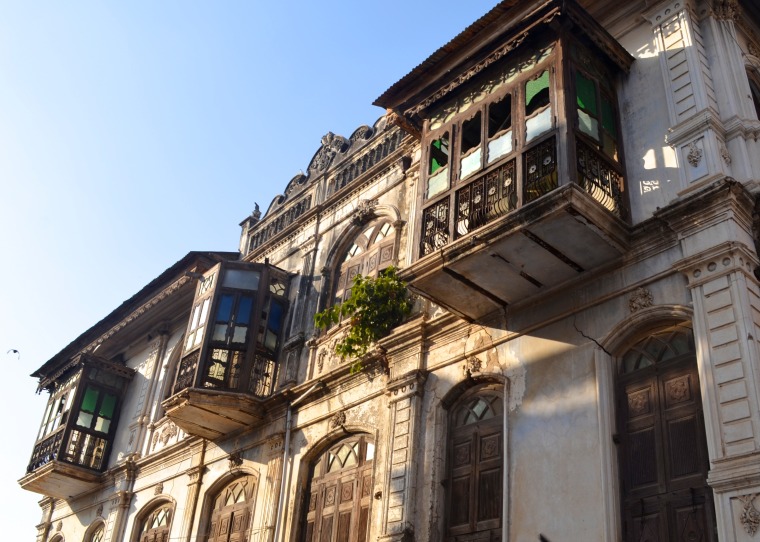 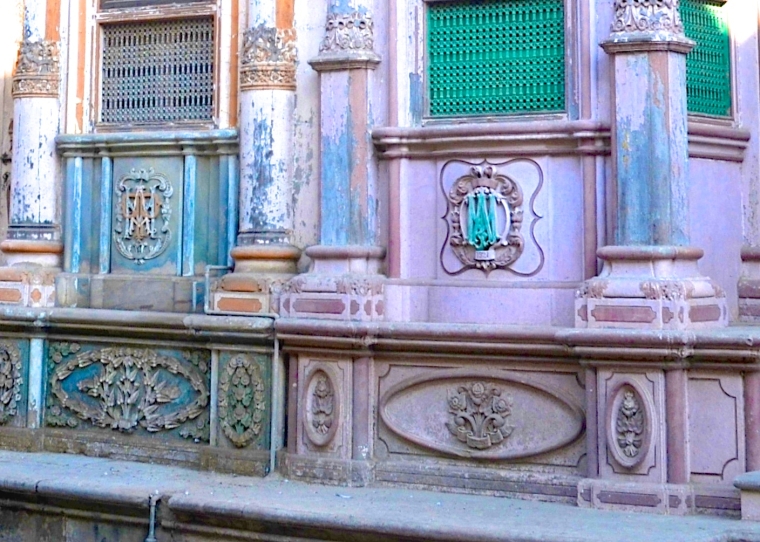 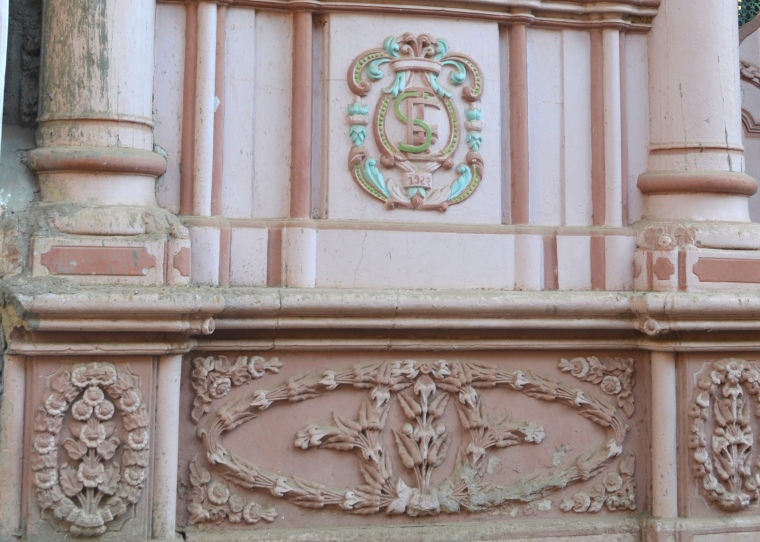 Inside, the soul of Indian havelis (mansions) reveals itself in its full glory. The central open courtyard constructed to allow light and air, richly embellished windows designed to resemble portrait frames, and demarcated living spaces for men and women, show how seamlessly outward character and inner spirit can be blended into a unified whole.

The empty, forgotten lanes of Sidhpur are an example of hundreds of living traditions that are slowly dying a slow death. What must have been a modern, classy, upmarket neighbourhood 200 years back, is now a picture of neglect and sure signs of deterioration is already visible in the peeling paint, broken window panes, and cracking wood surfaces. Its not entirely impossible that dismantling and reselling of decorative elements has already begun. Locals of Sidhpur are baffled that visitors come to see these derelict, creepy Bohra mansions. What’s to see, they wonder.

As you leave the area, you can’t help but pause by the biggest, grandest house of them all. The distinctness of its structure and appearance makes you stare for a long, long time. Soft sun rays hit some of the 365 windows that speckle the grit-blackened facade of the corner villa. Suddenly, all the pretty colours that you had been admiring in those lanes seem dull and drab against this black-and-white drama. Beware! The vintage beauty of this phantom house may haunt you in your dreams tonight. 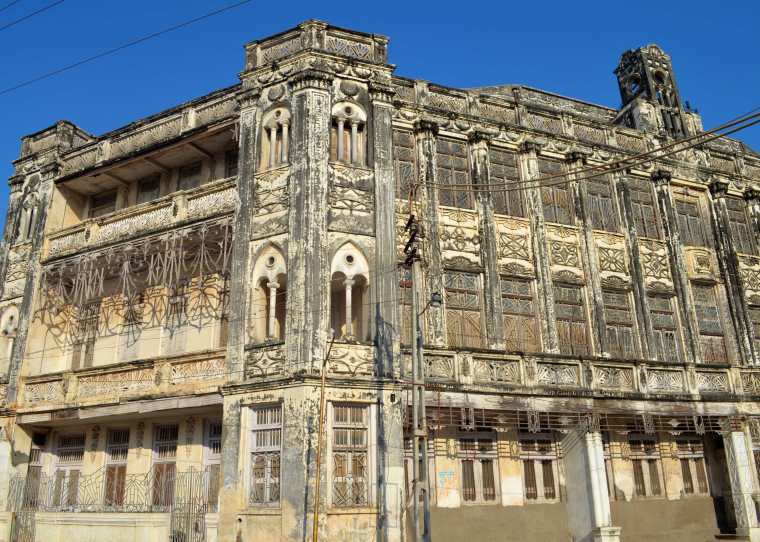 89 thoughts on “Have you heard of the mysterious mansions of Sidhpur?”