Comics, waffles and chocolates of Belgium…

You knew that Johnny Depp is not the star of the 2017 remake of the classical movie ‘Murder on the Orient Express’…its Kenneth Branagh as the famous sleuth, Hercule Poirot. But did you know that Agatha Christie’s fictional detective was inspired by a real-life Belgian policeman, Jacques Hornais? For Christie whodunit fans like me, Belgium is (and will always be) synonymous with Poirot. As will be comics, waffles and chocolates. On the trail of other wonderful things in Belgium’s capital, Brussels…

1. Comics: A whiff of childhood fantasy

I would like to believe that Georges Prosper Remi is, in fact, Belgium’s national hero. Remi who? Herge…the Belgian mastermind behind the famous comic book series, ‘The Adventures of Tintin’! The city certainly does not forego any opportunity to mark his presence. Scenes from his cartoons along with those of other comic artists amiably light up hundreds of dull corners in the city. My personal favorite? The much-publicised wall mural with a scene from ‘The Calculus Affair’ depicting Tintin, Snowy and Captain Haddock using a fire escape as a background. 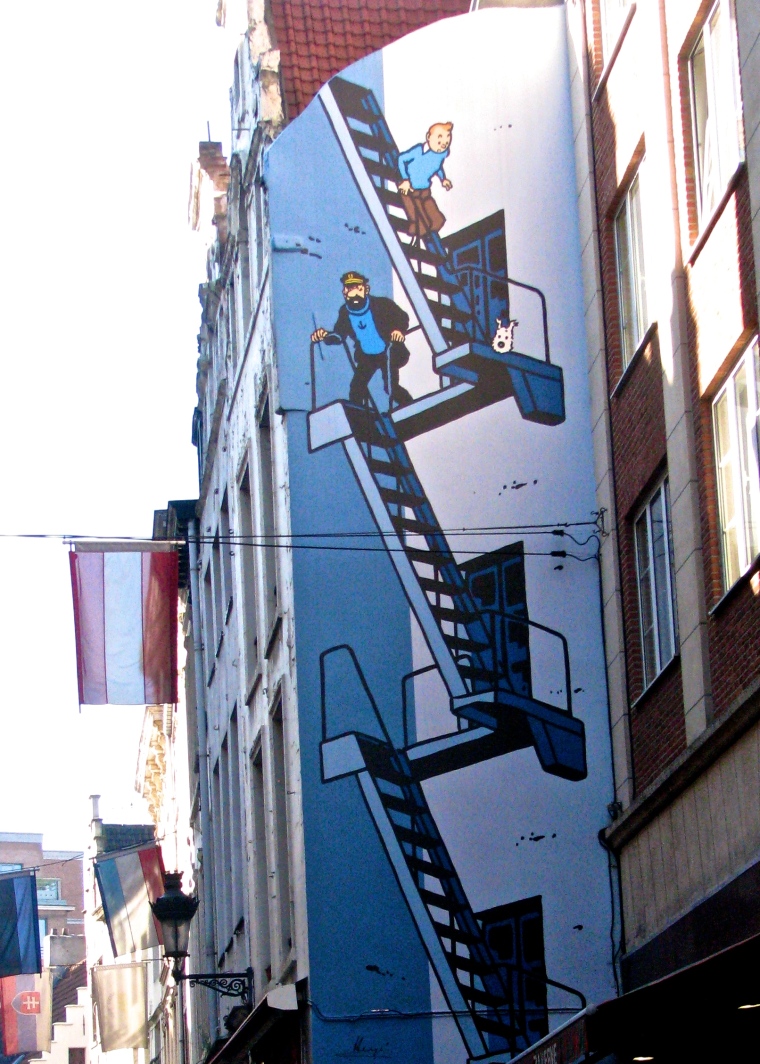 Purest of treats await comic enthusiasts at the majestic and quirky Belgian Comic Strip Center. Tintin, Smurf, Asterix…you name it, they’ve got it covered. The permanent and temporary exhibitions are spread over 4000 square meters and attract 200,000 visitors per year. Gloat over walls and walls filled with murals, artwork, life-size exhibits and vintage comic book covers. Retreat into nostalgia as you lose yourself in the dream world of comics through the ages, from across the world. Love it, right? Then follow my league and take home a small model as a memory to cherish forever.

Waffles, waffles everywhere, but for nothing but the best, roam the delightful Rue de l’Etuve. The preamble is pretty enough too…let your eyes guide you in admiring the jumble of Flemish-style brick houses, 18th-century mansions and modern buildings. But watch out for jostling crowds, beer-loving patrons and people-watchers sitting on tiny close-set tables along the pedestrian path. All along, tons of stores sell expensive Belgian chocolate. ‘I luv Brussels’ souvenir shops showcase common ‘take-me-homes’. Locals and tourists hog frites (fried potatoes) dipped in mayonnaise and half-baguette sandwiches crammed with potatoes, sauce, onions and deep-fried meat. Walkers munch on Parisian-style hot croissants as they stroll along. Immerse in the lively atmosphere of the historic centre.

Make a beeline for Le Funambule Waffles, a modest shop from 1867, graced with the company of esteemed neighbours like Neuhaus and Godiva. Right next to it, crowds are gathered around another famous icon…a bronze sculpture of a mischievous peeing boy. ‘The oldest citizen of Brussels’ from 1388 is usually dressed in costumes for major celebrations, events, and festivals in the city, but sometimes he is in his birthday suit too. If you’re expecting a larger monument…you will be surprised, even feel somewhat let-down. Believe it or not, the symbol of Brussels is only two-feet high!

The sweet aroma of chocolate Nutella squeezed onto the fluffy, toasted waffle wafts into your nose. Naturally you are drawn like moth to the flame. Queue up for the sweet delight. The first bite is light as air. The slightly uneven crispy edges melt in your mouth. The piping-hot caramelized pearl sugar crunches musically in your ears. And the topping of whipped cream, bananas and strawberries spells pure perfection. The payout? Just 1 Euro! Round two then. Bring it on…

Endless Neuhaus, Godiva, Leonidas and Guyana storefronts…till you’re finally drawn in, hook line and sinker. The shelves overflow with temptations…basic chocolate for masses, artisanal chocolate for purists and avant-garde creations for connoisseurs. And your mind is filled with images of how it all started with Spanish explorers bringing cocoa beans to Europe from Mexico in the late 16th century. 100 years later, King Leopold II colonized the African Congo, and cocoa was introduced to Belgium. And today, the country known for the best chocolate in the world, producing around 220,000 tonnes of the coveted item every year.

Choices then. Go for the pralines…chocolates with a soft or liquid filling. Faultless taste and history to top. Pralines date back to 1857 when Brussels pharmacist Jean Neuhaus used chocolate to cover medicine and its bad taste. In 1912, Neuhaus Jr. replaced the medicine with a more tasty filling and called the sweet a ‘praline’. The first pralines were sold in a typical Belgian cone shaped bag, mainly used for fries. Obviously these were not fit to keep the delicate goodies safe and so Neuhaus Jr.’s wife designed a gift box, or ‘ballotin’, in which the pralines could be stored uniformly, safely and of course beautifully wrapped. The rest as they say, is history.

Neuhaus, the 92-year-old chocolatier, is a favourite of the Belgian royal family, and is known for its inventive caramel, marzipan, chocolate mousse, ganache and cream-filled pralines. They say, Henri Escher, Mayor of Zurich, drank his first cup of chocolate on the Grand Place in Brussels. Impressed with its flavour, he exported the recipe to Switzerland. So much for Swiss chocolates! 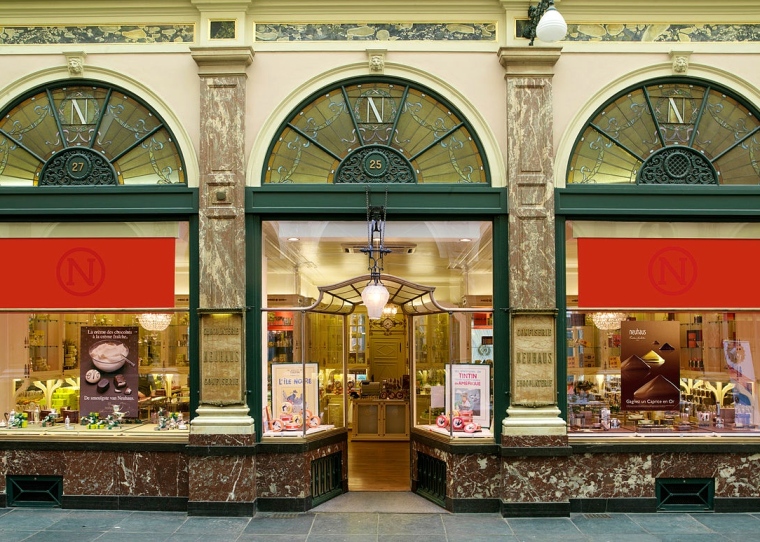 These days chocolate and chocolate making is part of the Belgium heritage. At every gourmet chocolatier, spreads of satiny bonbons entice…and the global ingredients like figs from Izmir, ginger from Guilin and hazelnuts from Piedmont, are pushing the boundaries of creativity, rewriting the history of Belgian chocolate.

So what’s the one thing you wouldn’t leave Belgium without?

45 thoughts on “The most wonderful things that Belgium is known for?”