A trip down coffee lane…

If you are a die-hard coffee lover like me, I bet you treasure each cafe moment while vacationing, specially  in Europe. Just the vision of those cheerful, warm and welcoming spaces, usually opening to the street and sun acts like an energy shot. Coffee drinkers are ensconced in comfortable corners, or lined up in pavement chairs facing the road, reading newspapers or observing the world as it slips by, having vibrant conversations, people-watching, thinking, listening, contemplating, or writing. How can you not be lured into these social hubs where people connect (without wifi)? And if history fascinates you, then a vintage cafe with an illustrious past is a double whammy. So, how can you not want it all, even if your cup runneth over?

No prizes for guessing my favourite historic cafe experience. It happened one glorious October afternoon at one of the most Viennese of all Viennese cafes, outside Vienna. We were in the musical city of Salzburg, so naturally, a trip to Mozart’s favourite cafe was predestined. Embedded deep in the heart of the alluring old town in Salzburg, the legendary Cafe Tomaselli was loaded with old-world atmosphere. The large space spread over two stories, with outdoor seating on the cobblestone square and tables under the pretty green-white striped awnings on the upper balcony, was fully packed. The bustling interiors were no less stunning…polished wood paneling, glowing chandeliers, marble tabletops, large windows, oil paintings in gilded frames. International papers on racks and coats on hooks mounted over inside pillars. My mind said to me…this is time travel, its 1705 all over again!

The smell of coffee was all around. People of varying nationalities were under one roof, united by a hot beverage that goes by so many different names all over the world…café, kaffee, qahwa, kahve, and kofe. I felt somewhat elevated knowing that the teetotaller Muslims, the world’s first coffee drinkers, revered coffee as “the milk of thinkers and chess players”. But how strange, that the mysteriously invigorating red berry-like beans called buna (Arabic for coffee bean), which originated in the Kaffa region of Ethiopia, were consumed by chewing before they morphed into a drink infusion. 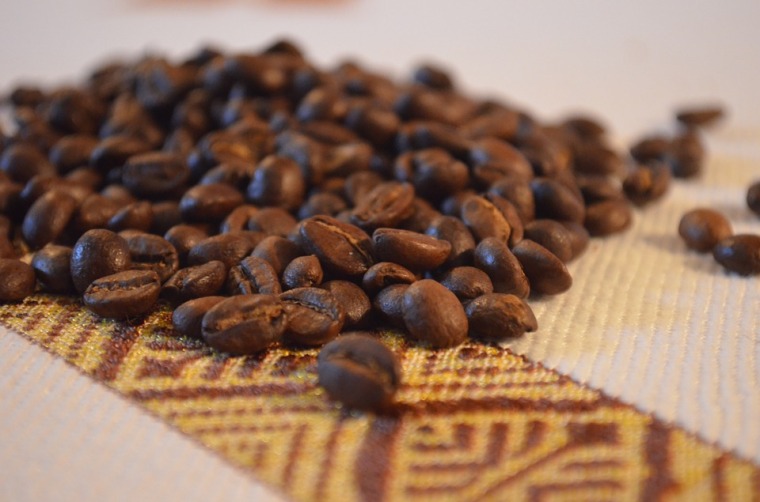 Imagine…it was thanks to traders and merchants (specially Armenians), these beans travelled through Arab and Ottoman lands to Europe, where the first coffeehouses of Vienna and Paris sprouted. The popularity of coffeehouses grew in the 17th century across Paris, Venice and Amsterdam, and specially London, where more than 500 were up and running by 1700. The al-maqhah (Arabic), qahveh-khaneh (Persian), kahvehane (Turkish), Kafano (Yugoslavia), café (French/Portuguese), cafetería (Spanish), caffè (Italian) and kaffeehaus (German) quickly became a huge part of European culture, and it sure has endured!! In fact, Viennese houses are officially tagged as “Intangible Cultural Heritage” by Unesco. And we were at one of them, here and now. The clock had come to a halt. We were frozen in time.

Meanwhile, at our table, an elegant waitress in a black dress and white apron was offering a selection from a platter of pastries…being a typical Viennese coffee house, apple strudels and sachet torte were bound to be on the menu. But we chose a delectable, sinful liquor cake slice to go with our cappuccinos. Then we settled back in our chairs, soaking in the sounds of the chit-chat all around, a warm, comfortable familiarity like that of a daily routine.

I was visualizing myself in a world cafe, an amalgamation of every nation’s coffee culture…a Swede’s caffeine fix would be a large mug of coffee with cinnamon buns or sweet bread. The Italian family would gulp down their favourite espressos, maybe like a shot. The Dutch couple would indulge in “koffie verkeerd” (milk with a drop of coffee, instead of coffee with a drop of milk) in a small glass. The French women would order café au lait (very hot, strong filter coffee or a double espresso, and half milk, often frothed) or “petit noir” (espresso) or a “café noir” (black coffee). A Spaniard would probably take his cafe con leche standing at the bar with a hand in his pocket. The Turk would sip on thick, tar-black juice, served sweet. The Greek would savour his frappe, a frothed-up blend of milk, sugar and Nescafé, served over ice, with or without sugar. The Irish…obviously a cocktail of hot coffee, whiskey, sugar and whipped cream. And the American…well, Americano, “to-go”!

My train of thought came to a halt as the waitress returned with our order. In Viennese style, glasses of water was served along with the coffee. We lounged leisurely, filling our senses with the heavenly caffeine and relishing the bitter-sweet goodness of our dessert. How exhilarating that coffee-houses once used to be a symbol of freedom and an inspiration for artistic expression! In these “schools of the wise” as the Turks called them, people read the latest pamphlets, caught up on news of major events, attended scientific lectures, struck business deals, discussed art, literature and politics. At one time, there was a move to shut down coffee houses because they bred gossip, forbidden discussions, political dissent and many a conspiracy! Lucky for coffee-lovers like us, the plan was thwarted…

Fantastic imagery was surfacing in my mind…philosopher couple Jean-Paul Sartre and Simone de Beauvoir at Cafe de Flore, Paris; celebrated author Charles Dickens at Caffe Florian, Venice; artist Gustav Klimt at Café Museum, Vienna; romantic poet Goethe at Caffe Greco, Rome! It was all so magical, knowing that Mozart may have sat in this very cafe, maybe at this very table, drinking his coffee and dreaming about his next composition! Suddenly I was drowsy…maybe I was drunk from the liquor cake slice…or maybe I was just high on Salzburg!

124 thoughts on “Trapped in the spell of a historic cafe”