A meditative and inspiring drive in Portugal…

Secluded mediterranean beaches, whitewashed fishing villages, rugged cliffs overlooking secret coves…Portugal’s south-west is the epitome of unspoilt charm. A road trip then? Starting from the highest point in the Algarve region and working down to the southernmost tip of the continent. Sheer magic.

The narrow road winds through the unspoilt terrain of the Serra de Monchique, the mountain range that separates the Algarve from Alentejo. Wait, this is still Algarve, right? This tropical jungle surrounded by lush valleys. Terraces of orange and lemon groves. Cherries, chestnuts, peaches. Even olives, almonds, eucalyptus and cork! Dispel all disbeliefs. Just bask in the bounties of nature at the ‘Garden of the Algarve’. Sway to the rhythm of the meandering drive and reorient with each twisty, exhilarating hairpin bend as you glide higher…till you reach the Foia peak, 3000 feet above sea level. Breathe the pure air. Do the balancing act on the white parapet. Embrace the gusty winds. And surrender to the 360 views. 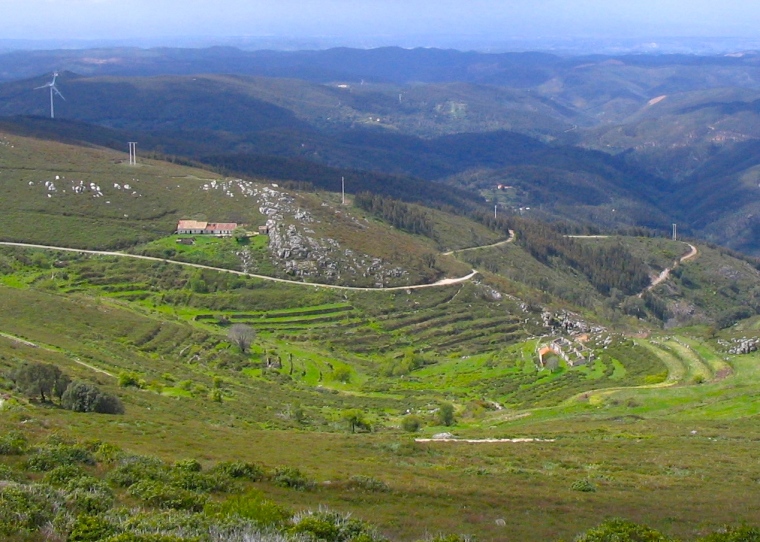 On the way back, allow some distraction at the pretty little village of Monchique. Taste a spicy snack…black pig pork wrapped in a bun. Eavesdrop in the quiet lanes, loiter in the tree-shaded main square, trace ogle at the lovely 19-century buildings, inhabited by a small community of 6000. Apparently, they intend to boost population. (Please don’t. Or do. Paradises like these deserve to be preserved.)

And most importantly, stop by at the Caldas de Monchique, a spa with history going back to Roman times and Portuguese royalty. Get lost in the wonderland of the waterfalls and streams in a magical wooded ravine. Fill pure, mineral rich water from roadside springs. A love fountain tinkles away, its fresh spring water ensures eternal love, a legend says. Drink up, in sync. Smell eucalyptus, pick a few button-shaped fruits and take back the perfumed souvenirs. Simple joys of simple pleasures. 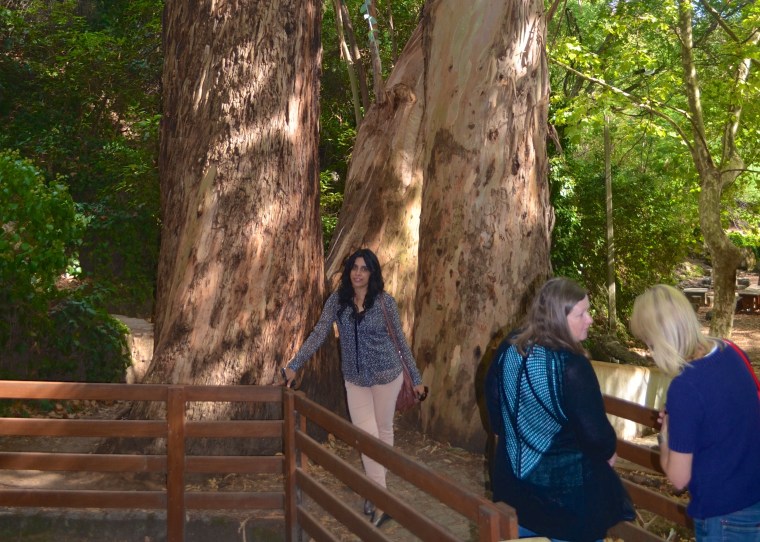 At the foothills of the Monchique mountains, beyond the quiet Arade river straddled by a simple 15th-century Roman bridge, lies the tranquil town of Silves. Go to pick up remnants of its rich past as the capital of Algarve during the Moorish occupation. Trace the circle of fame and decline at the ancient red-hued hilltop citadel preserved in a time capsule since the 8th century. Practise statue-whispering with Portuguese King Sancho I, whose army of Crusaders sieged the castle and chased out the Moors, bringing an end to the town’s golden fortunes as well. Try separating the Roman and Arab architectural influences in the stunning 13th-century Gothic Silves cathedral, a convert from the original great Mosque.

Hungry or not, head for Cafe da Rosa, an old and famous cafe, on the ground floor of the town-hall building. Indulge in an artisan cake. By the graceful blue tiled wall or the exquisite door. Step gingerly down the steep stony streets, past clothes drying on a stand, under brick arches, doors with decorative handles, walls with peeling, aged paintwork, iron balconies dressed with vibrant bunches of flowers and alluring tile work hidden in dark alleyways. Imagine the revelry of the town’s 9-day long annual Medieval Festival…costumes, traditional food and drinks and entertainment galore. And finally, say goodbye with a unforgettable last look from across the river. Framed in your mind forever? 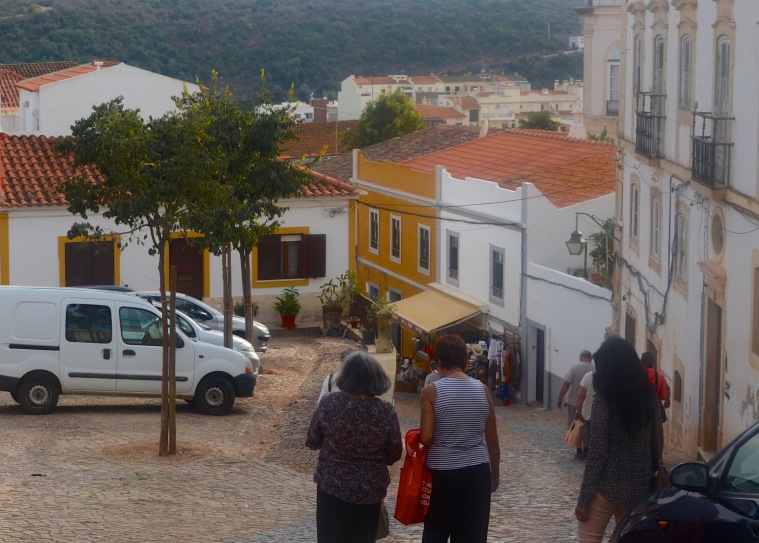 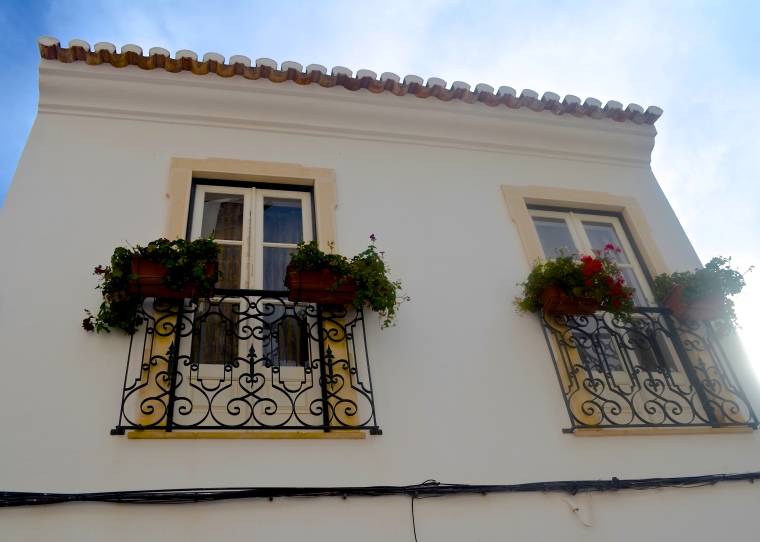 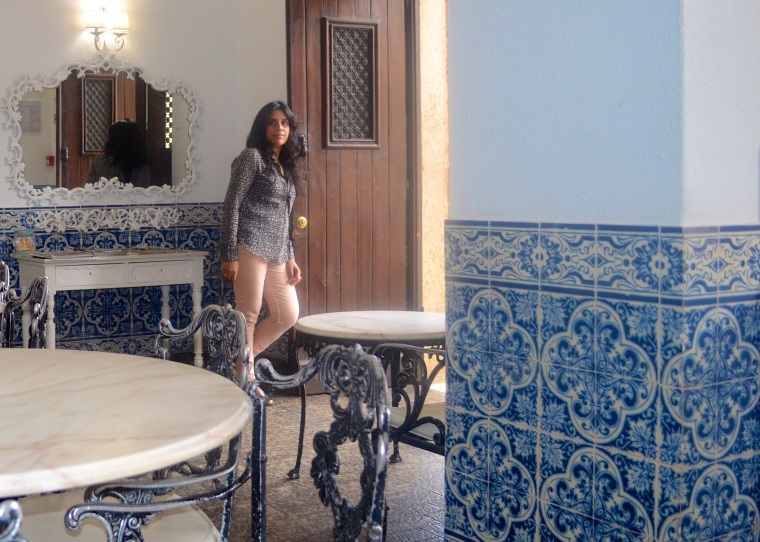 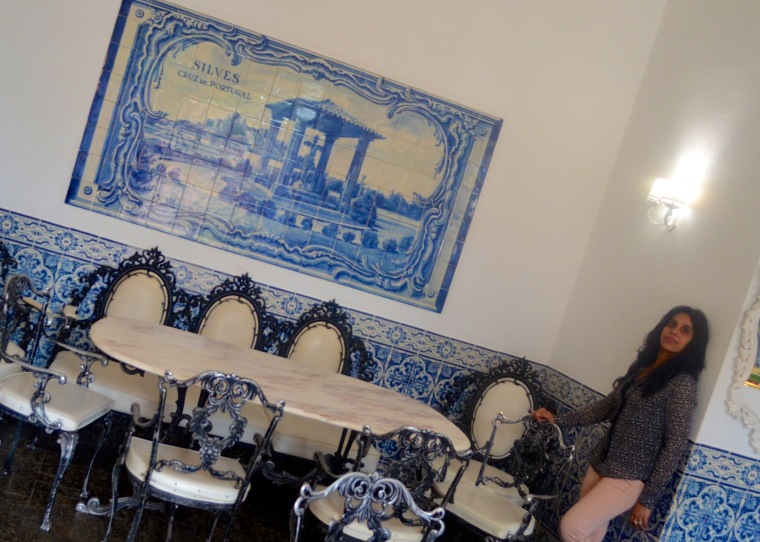 Venture closer to the coast now, to Lagos, a far cry from the Lacobriga that it used to be in 2000 BC! The site from where Henry the Navigator initiated the legendary ‘Voyages of the Discoveries’. More relatable. The main Dom Henrique square packs everything in at once, from Henry’s statue, the pristine white Igreja da Santa Maria and the ‘Slave Market’, where slaves brought back from the voyages were sold. The modern marina has a lovely bay full of parked sailboats and an appealing tree-lined promenade that goes on and on. But the real treasure lies in the criss-crossing curving streets inside. Whitewashed Portuguese houses with red-tiled roofs. Hidden churches with ornamental facades. Inviting eateries with splashes of orange and ochre. And traditional black-white street paving that Portugal flaunts with aplomb. 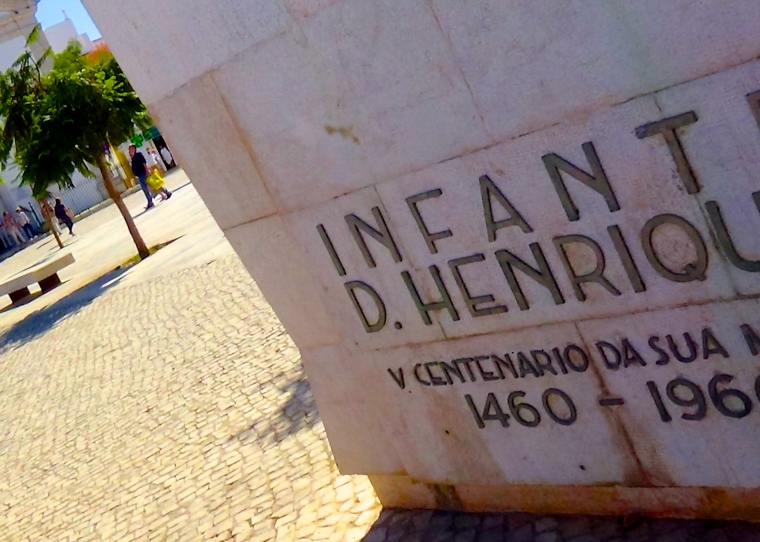 But Lagos is also the base for the ultimate spectacle in all of Algarve. So head for Ponta da Piedade, where powerful seas smashing against the coastline have carved out rock pillars, sea caves, natural tunnels and hidden grottos out of golden sandstone cliffs. Possibly one of the most sensational coastlines in the world! Sculptures of nature or behemoth sea sponges…shapes as interpretative as your imagination can handle. And transparent water sparkling in all possible jewel tones you can name…aquamarine, turquoise, emerald and sapphire blue. Jump into a kayak and ride the gentle waves lapping at the immortal stone giants. Or just gape at the sea and the sail boats, till you have a severe case of the Piedade blues.

And finally, drive for less than an hour, along white clusters of Portuguese villages through a windswept, largely barren stretch towards what once believed to be the end of the world. Cape St. Vincent, the southernmost tip of Europe at Sagres is a fitting conclusion to a dazzling drive through Portugal’s picturesque southwest. This is where Prince Henry set up a navigation school six centuries ago, attracting students in the league of Magellan, Columbus and Vasco da Gama! The use of the compass and the invention of a seaworthy vessel (‘caravel’) is credited to this very school. Turning the pages of history in unthinkable ways. But that’s not the only reason you’re here. 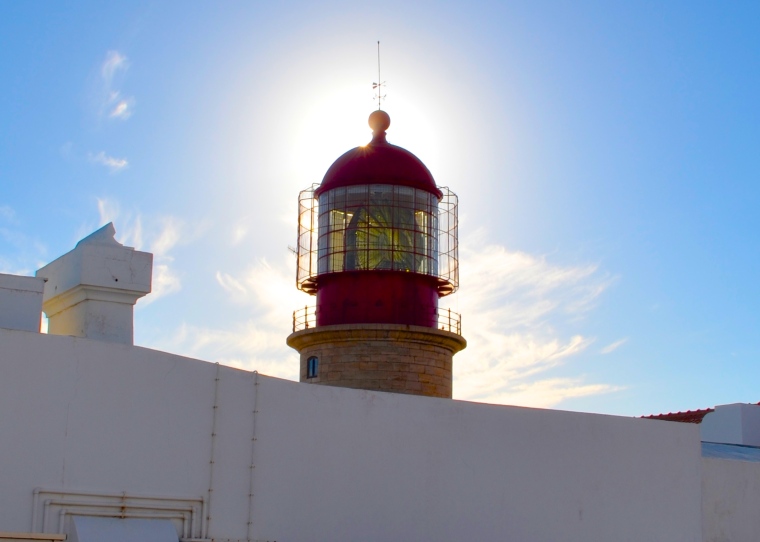 Hair flying uncontrollably in the strong gusts, get drawn to the powerful lighthouse perched over an imposing rocky outcrop. To the very edge of the desolate high cliff, the land falls away abruptly, as if sliced by some gigantic axe. Vertigo inducing, unfathomable heights. In the distance, tiny frames of people adding to the ‘immensity’ perspective that was already obvious. Waves beating mercilessly far, far, far below. The setting sun spreading a silvery sheen and at the horizon, blues blends imperceptibly into golds. 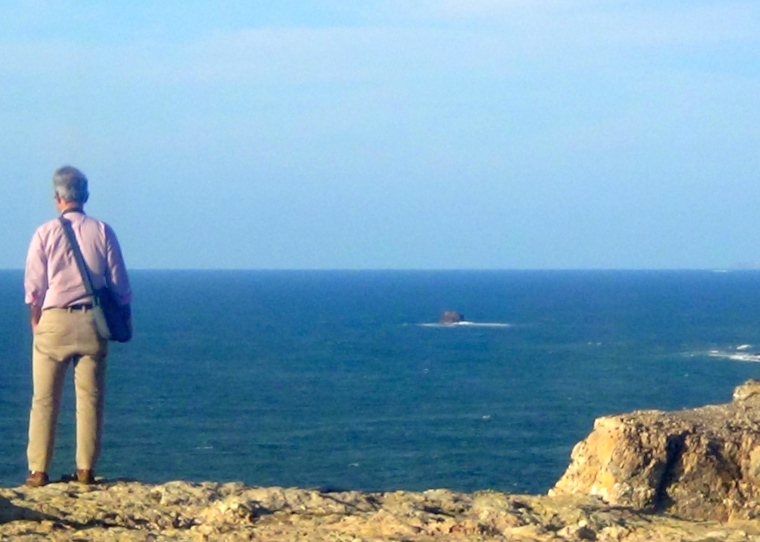 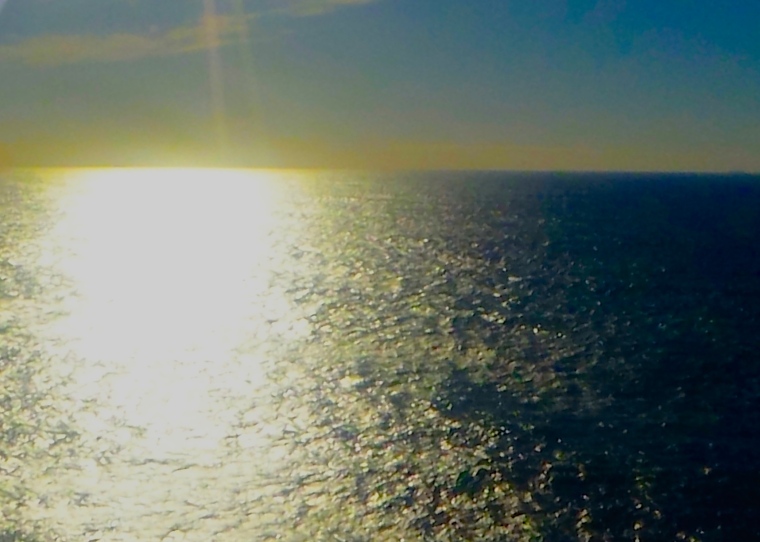 The endless Atlantic Ocean going on forever. Endlessly. But this is not the end, is it? Miles and miles to go.