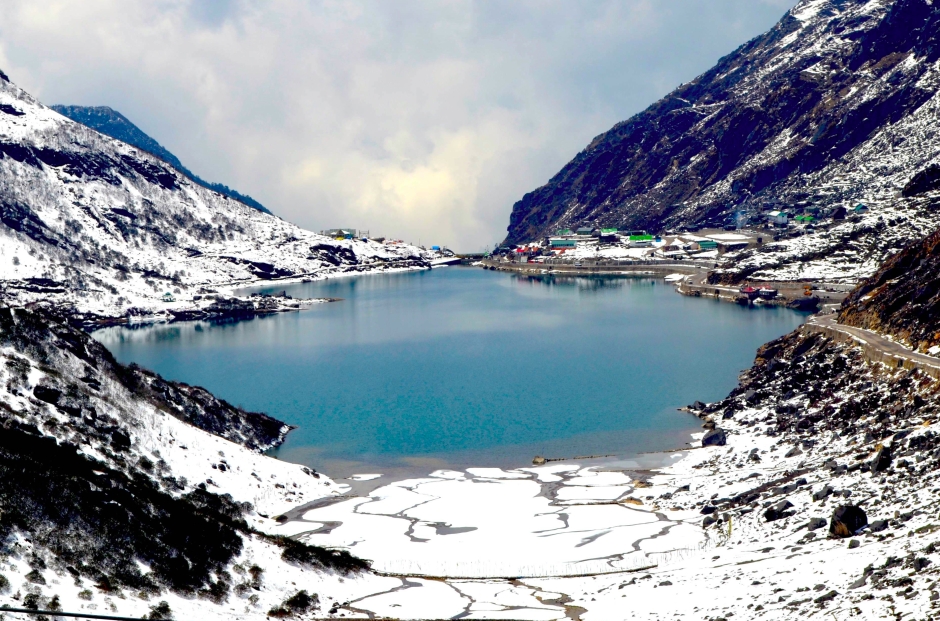 One of India’s highest glacial lakes…

From your tiny window on the plane, peer out far in the distance; till your vision hits that wall of white…the mighty Himalayas clad in snow…across the entire horizon as far as you can see. Somewhere in this 2400 km long ‘Abode of Snow’ is the Kanchenjunga, the world’s third highest peak…try spotting it.

Siliguri city is a missable airport stop, but once you start the ascent into the Eastern Himalayan range towards Gangtok, try peeling your eyes off the landscape. The tree cover gets taller and thicker along the gently winding uphill road that affords unceasing views of peaks and valleys. River Teesta transforms from a gentle, gurgling stream to a wide, foamy river as she freely leaps over rocks and boulders on the way. Vivid wildflowers, 200-feet tall bamboos, huge ferns and palms, drooping cypresses, tree trunks adorned with soft moss…its a green paradise. Open the window of your car, let the cool breeze mess up your hair and try not to blink…you don’t want to miss even a second of the three-hour journey. 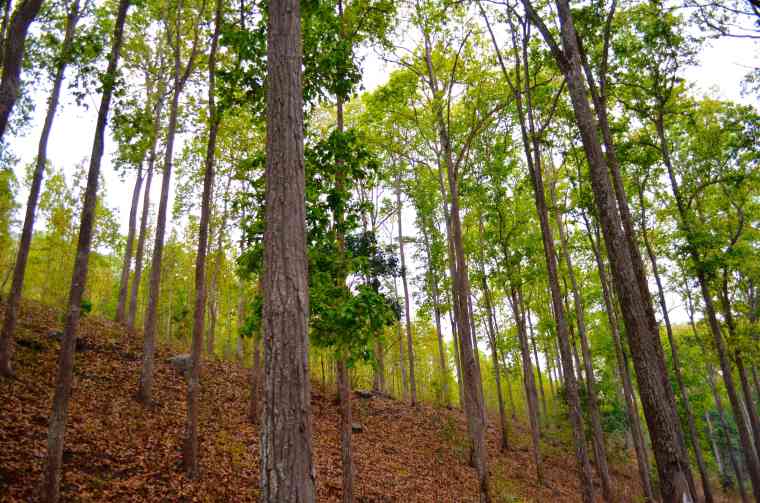 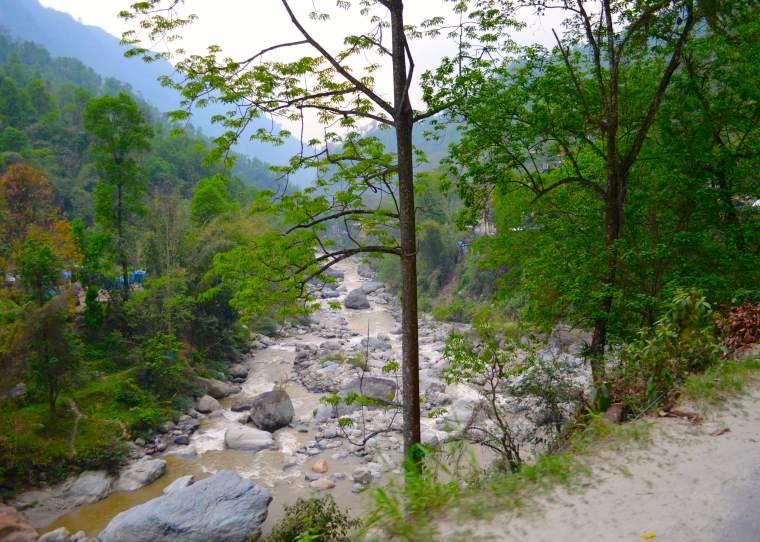 Arriving at Gangtok (meaning flat hill), you realize how aptly it has been named. Any other urbanised town, with modern amenities, restaurants and cafes, sans the traditional prettiness of a hill station. For now, head straight for your hotel…lovelier sights await.

Next day, after basking in the glory of a spectacular 5 am sunrise and a leisurely breakfast in the lap of nature, depart for a day trip to Tsamgo Lake, one of the highest glacial lakes in India. Located 12500 ft above sea level, its just 35 kilometers away, yet it takes over three hours of expert driving. The greenery of the flora adding freshness to the quiet majesty of the mountains. Tiny cars in the distance on the narrow road ahead, emerging from the thick foliage, then disappearing around the bend. Makeshift steps leading to a modest roadside temple, where multi-colored Buddhist prayer flags flutter. Army barracks, bunkers and military posts with green tin roofs that blend in with the environs. Peaky mountain silhouettes all around…so lofty, that you’re overcome by a deep sense of humility. 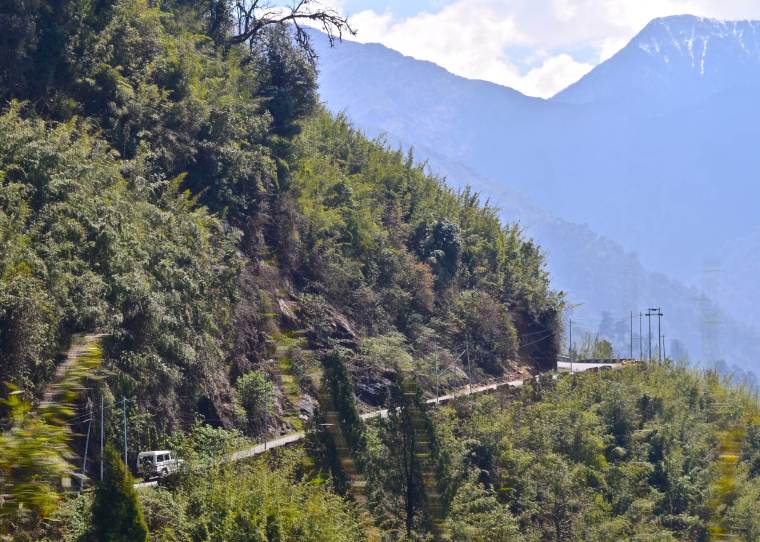 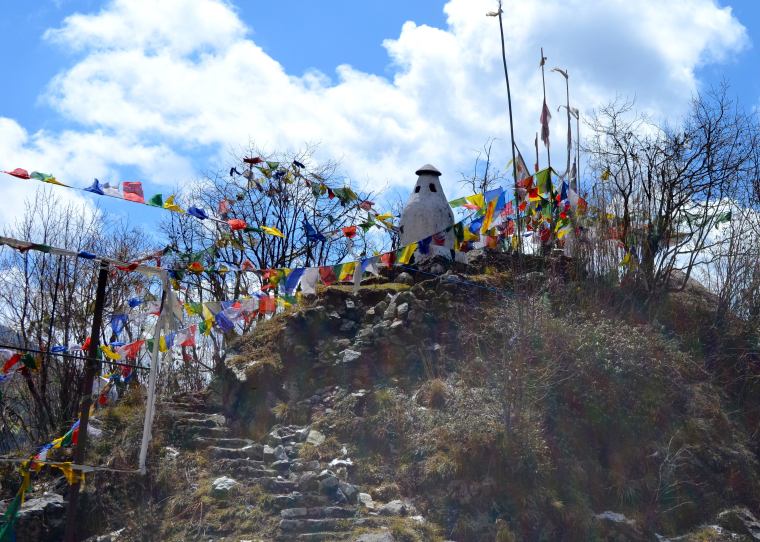 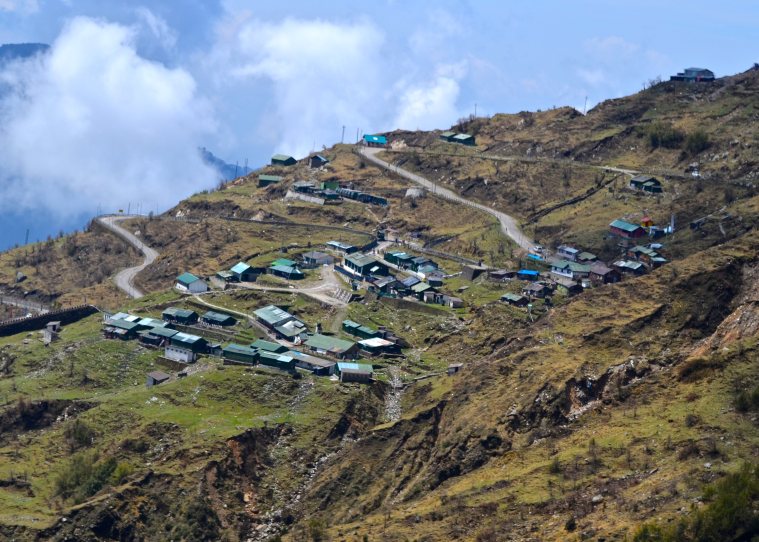 Narrower roads and steeper bends now. Zigzagging roads up hairpin bends, dizzying and steepest possible cliff edges. Buckle up! And have faith in the skills of your driver. Focus on the spellbinding sights instead, as the car climbs feet after feet. Feel the chill in the air and get dreamy-eyed as the floating clouds block your vision of the dark rocky mountains. At one stretch for a few kilometres, the road takes on a treacherous complexion. It is barely 10 feet wide here, with the open end uneven and rocky, mud and slush from the rains make you clutch your door handle. You’re hoping no car is coming from the opposite direction. A trail of loose boulders…reminders of a few recent landslides. Road repairs on the way, rescue bulldozers of the Border Road Organization, a stranded car or two. And then, first glimpses of snow! 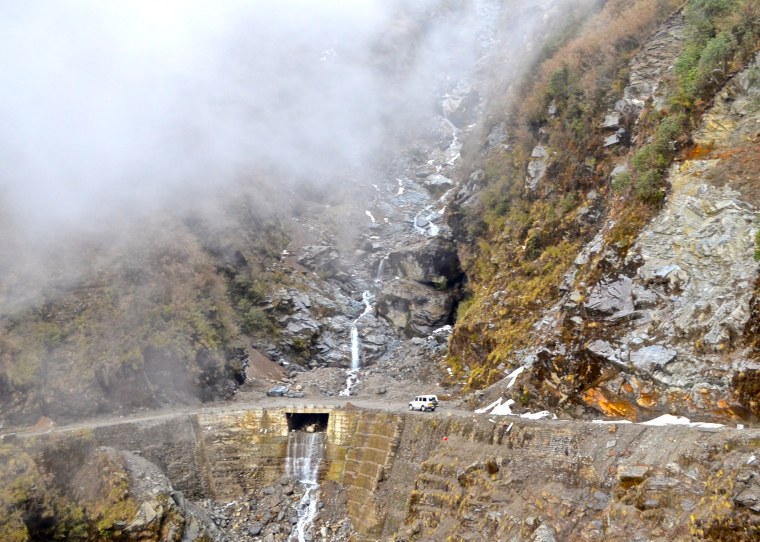 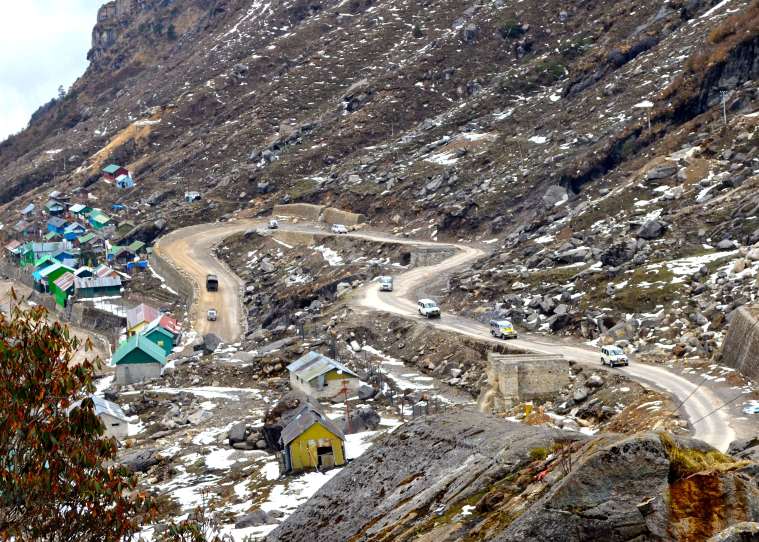 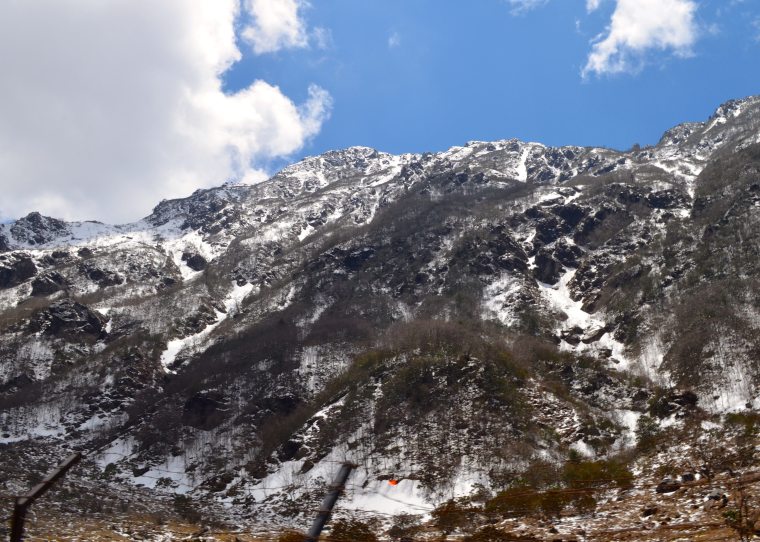 Finally, the last bad stretch is behind you, you can breathe again. You’ve arrived! Tsamgo Lake, pristine and still, blue as blue can be. Limpid and translucent, almost ripple-free. Surrounded entirely by snow-clad mountains standing silent and splendid since centuries, their reflection mirrored in the lake below. Untouched and pure, silent and royal, beckoning and inaccessible. Don’t walk up to it just yet. Just stand there and pinch yourself. It really is real! 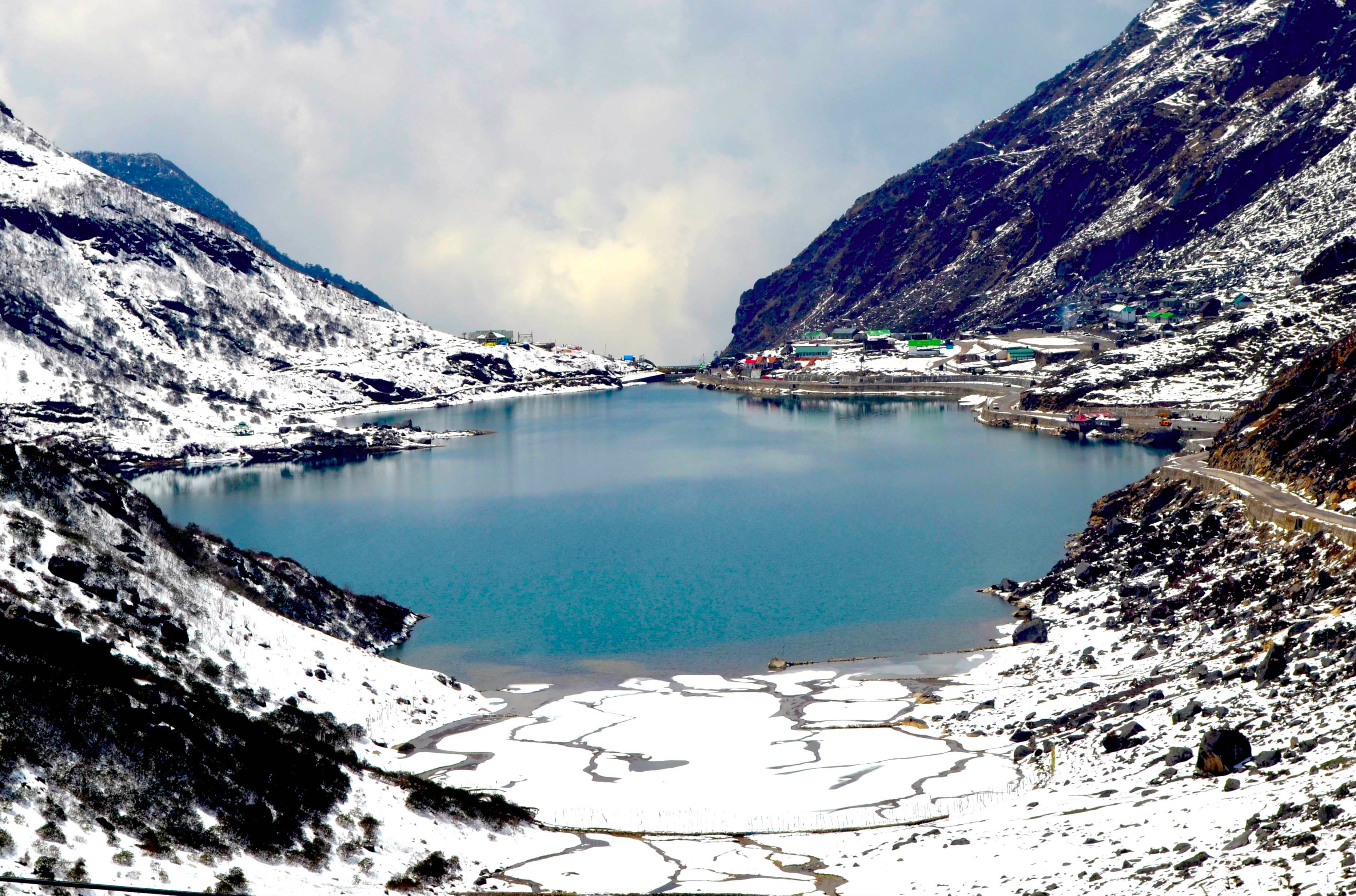 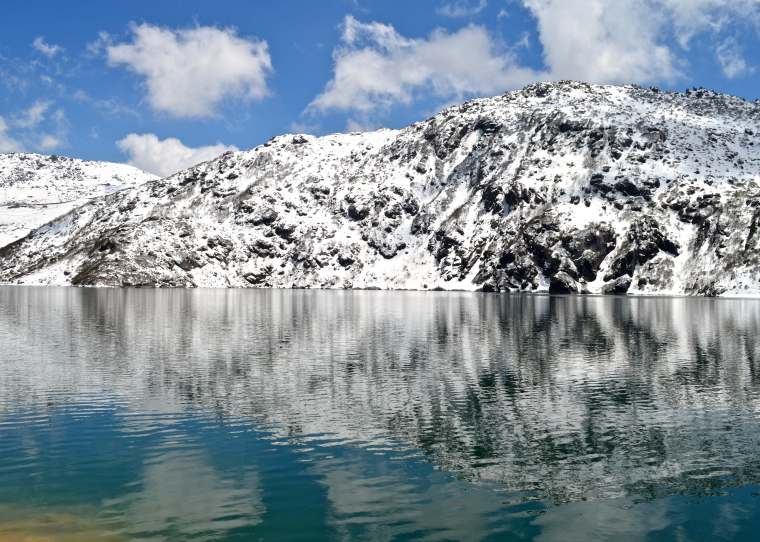 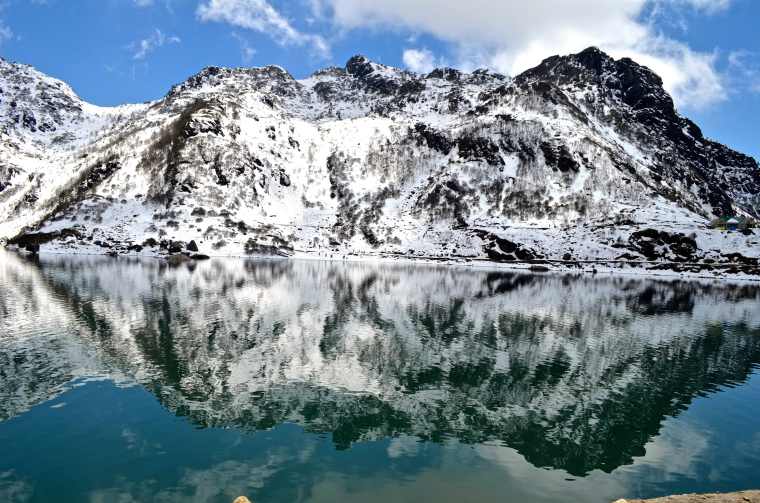 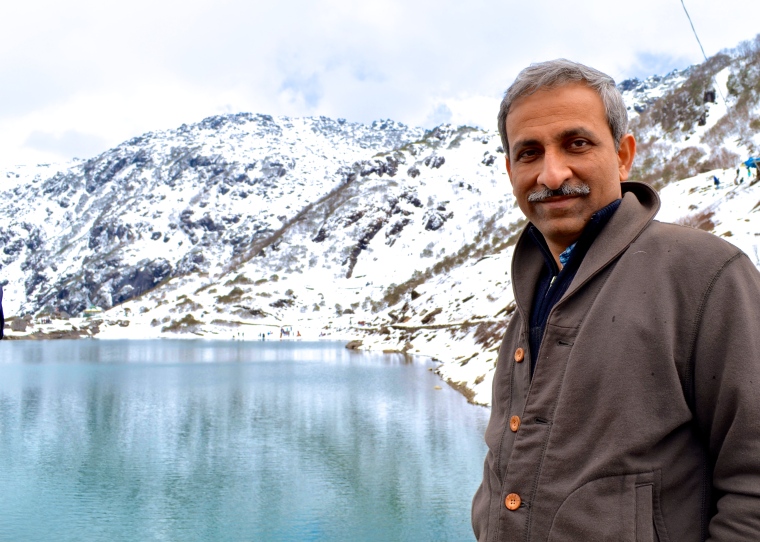 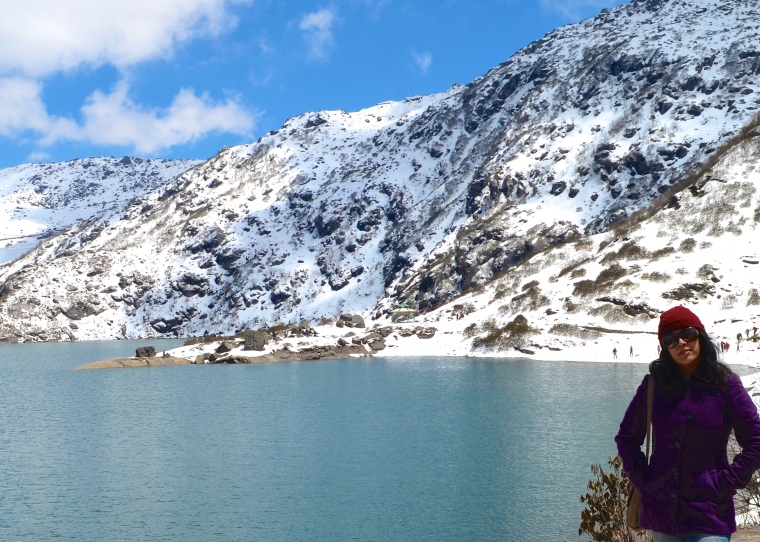 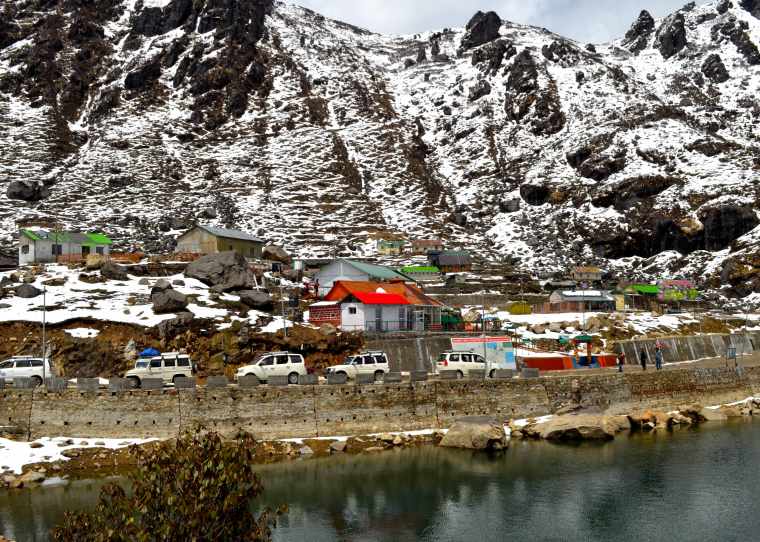 Frolic in the snow, take an awkward walk, make fat snowmen, throw snowballs. If you lose your balance and fall, take advantage of it…lie there for a few minutes on the cold carpet that spreads out for miles and miles. Pure and dazzling white. Hear the sound of your own heartbeat, because there is not even a chirping of birds to break the peace. Just a lazybones yak, who refuses to budge or blink. Contemplate the serene beauty of the environs. Freeze the memories to survive your return to city life. 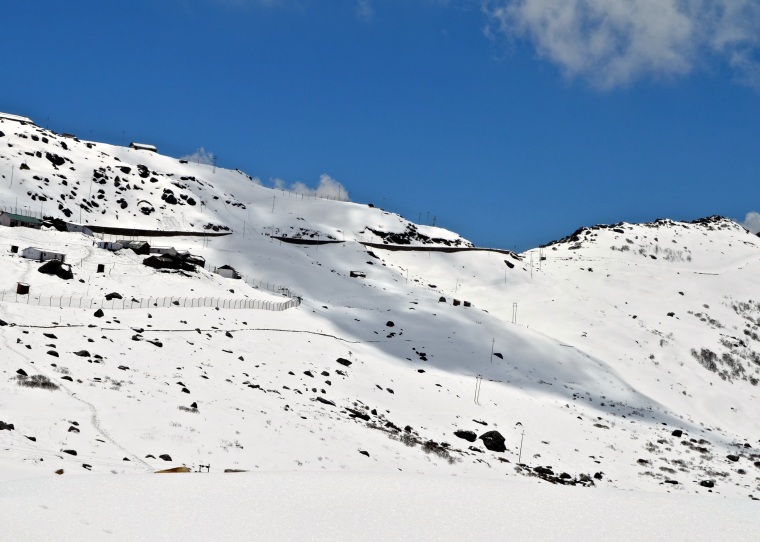 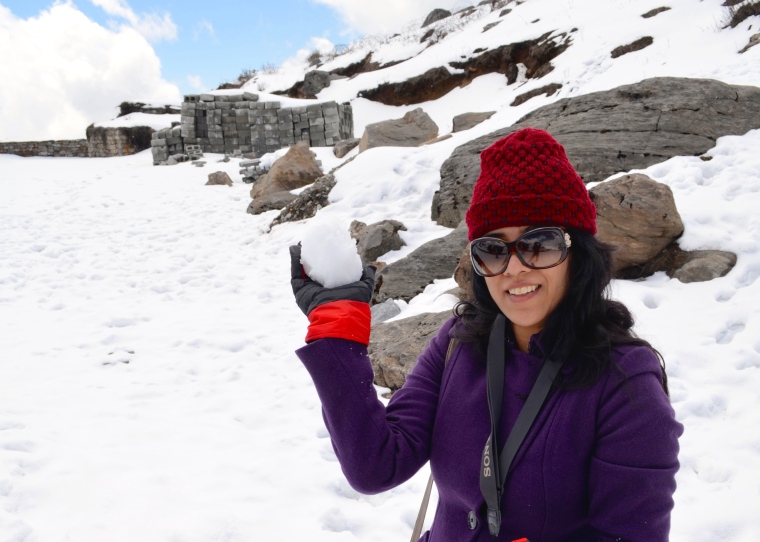 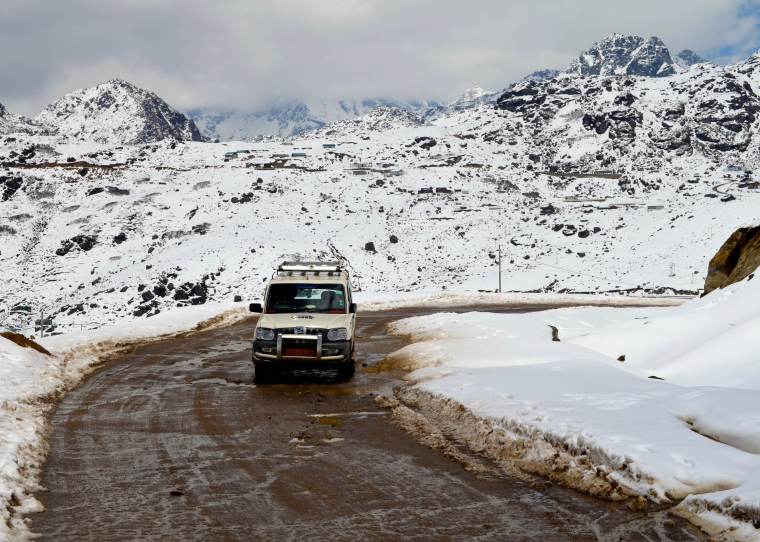 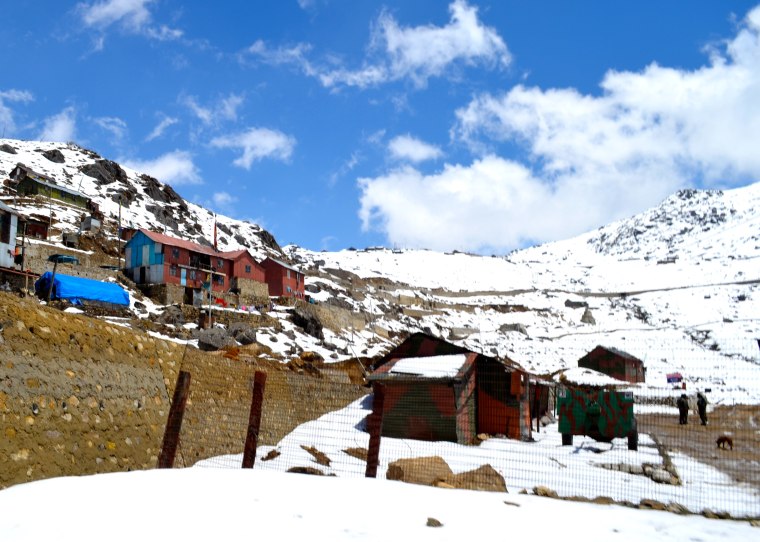 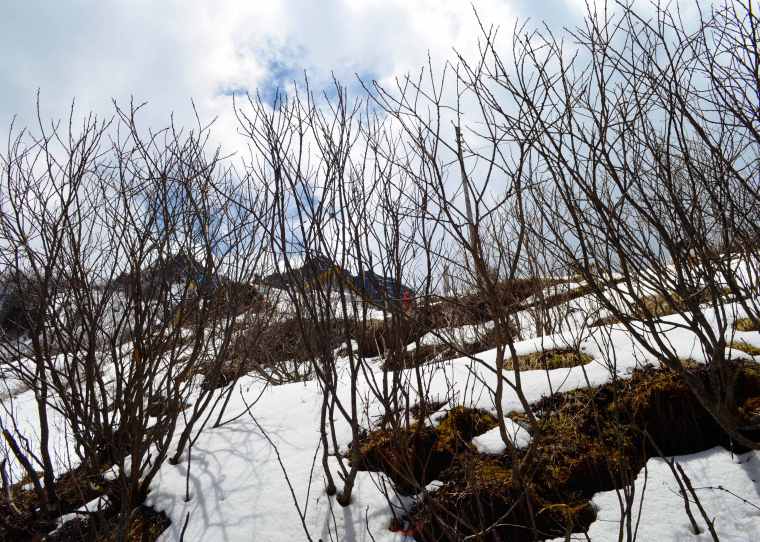 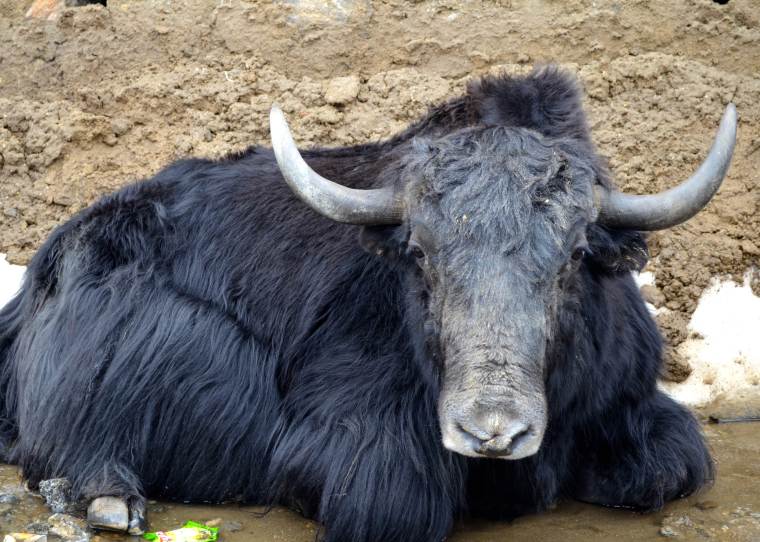 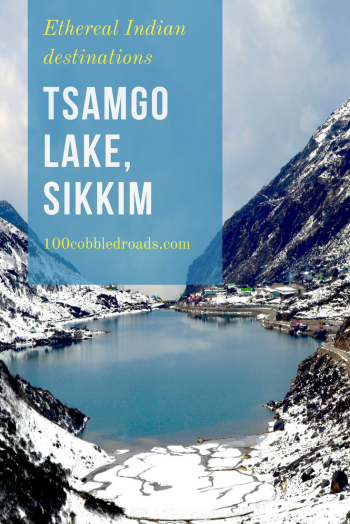 92 thoughts on “You need to risk a dangerous road for this ethereal vision. Game?”