Classic experiences on the Right Bank of Paris…

Its the pulsing heart of art, culture and fashion, where the creme de la creme has lived for decades. The buzzing commercial center of the city, and home to a majority of big businesses and banks. Overflowing with grand boulevards, manicured gardens, symmetrical squares and majestic monuments. Also too many people and too many cars. How can anyone resist the sparkling vitality, exuberance and indomitable spirit of the Right Bank of Paris? Dive right in with these all-time favourite experiences…

1. Dissolve into a panorama

A bright sunny morning is ideal for a visit to the lively, youthful neighbourhood of Montmartre. It belies the origin of its name, ‘mountain of the martyr’ Saint Denis, the bishop of Paris, who was decapitated on the hill in 250 AD. Head straight to the white dome of Roman Catholic Basilica Sacre-Coeur, perched at the summit of the 430-feet Montmartre grassy hill. Below is the surrounding 18th arrondissement, famous for its Place Pigalle night clubs and the Moulin Rouge, Paris’ most famous cabaret with its trademark windmill. Find an empty spot on the steps filled with hundreds and blend in with the chaos. Bask in the sun and enjoy the view of one of the most elegant cities in the world.

At the nearby Place du Tertre, dozes of artists dab paint on their easels, creating tourist subjects or live portraits, others display their portfolio and smile invitingly at passersby. Merge with the crowds and find street art taking shape under deft, seasoned hands…a reminder of Montmarte’s past. From the mid to late 1800s, struggling artists, writers and performers lived here in cheap lodgings amidst its working windmills and narrow, winding streets. People crowd at food stalls selling local fromage (cheese), glaces (icecreams), crepes, jambon (ham) and biscuits. Finally, escape from the crammed square, its busy souvenir shops and spattering of cafes, and retreat into the quieter back streets of the hill village. In little houses like these, Pissarro, Degas, Matisse, Toulouse-Lautrec, Renoir and Picasso had once lived and worked…long before they became legends. Find remnants of the arty past. 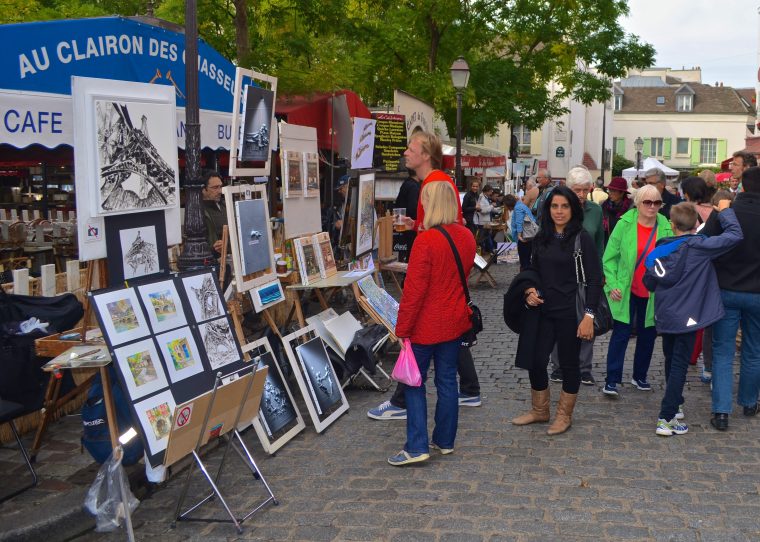 The most famous theatre in the world stand cramped between surrounding buildings and encircled by rows and rows of vehicles in the heart of the city. The resplendent Opera (Palais Garnier) certainly deserves a more generous expanse. Study the lavish facade, 16 monolithic columns and frieze-decorated arches, the great green copper dome with the gold statue of the Greek God of the Arts, Apollo, playing his lyre. Flash back in time. Flashback to times of ‘Phantom of the Opera’. When affluent ladies dressed in their sumptuous gowns and exquisite jewels would walk up the imposing Grand Staircase (its shallow steps were designed so that even their ankles didn’t show!). “Oooh la la!” For some reason, you are acutely conscious of all the banks…in those days, they would have stayed open till late hours so that jewels could be replaced into the vaults after curtains fell. Back to now…gone are the gowns, jewels and the aristocrats…opera is as much for you and me.

Under the green outdoor canopies of the luxurious Cafe de La Paix of the Intercontinental Hotel located across from the Palais Garnier, people sit facing the chaos of cars, sipping their 11 euro cafe cremes. A coffee is a coffee is a coffee? Not here! Cafe de la Paix is no less than an institution by itself, and why not…Oscar Wilde and Georges Clemenceau used to frequent it once upon a time. Go on, indulge!

Walk on till you reach the Boulevard Haussmann, home to the legendary Grands Magasins (literally, big stores or department stores). The huge, block-long Printemps and Galleries Lafayette, actually merit a place in the list of Paris’ must-see places because of their lavish architecture and also how the way they revolutionized the art of retail in France. In the early 20th century, Printemps was known for its Art Nouveau facade, its grand 42-meter high domed hall, a huge spiral staircase, floral-inspired mosaic tiles and impressive facade. With its sprawling staircases, Art Nouveau balconies, and glittering dome, Galleries Lafayette is a 5-storey mecca for the latest fashion. Today, a flagship of French style, the world’s largest departmental store houses 70,000 m² over 3 buildings and contains 14 restaurants offering world cuisine. A few hours of rigorous shopping are in order.

When exhaustion and hunger pangs call, stroll across to Lafayette Gourmet. An area spanning 3,500m² across 2 floors and no room for disappointment. The food hall is a feast for the eyes and the taste buds, mouth-watering delicatessen and a foodie’s paradise. Cuisines and flavours from all over the globe are displayed at tasting bars (Italian, Chinese, Japanese, Italian, Spanish, Greek, Lebanese), including foie gras, truffles, an oyster bar, seafood platters, charcuteries, caviar and unending variety of desserts from high-end patisseries, chocolatiers and gelatiers. Go with my recommendation…pick the Greek stall for a delicious meal of stuffed peppers, lamb koftas, tomato-zucchini salsa and bulgur wheat couscous. Wow…you could eat here everyday! 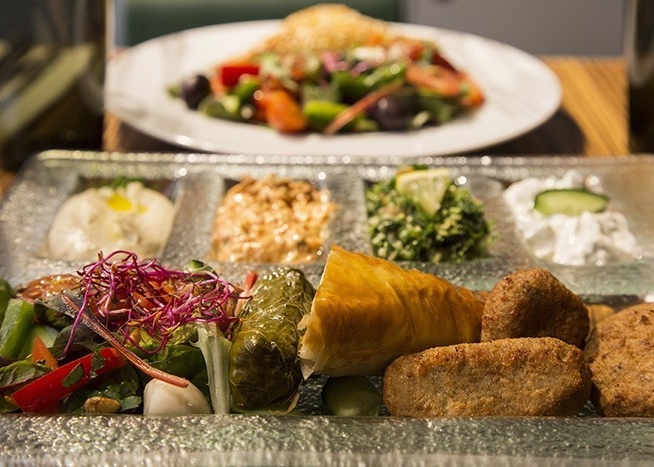 4. Submerge in an art deluge

Stop to admire a street band performing classical strains in a square. Passion and concentration reflect equally on the face of a 60-something violinist and a 20-something cello-player. A group gathers around in a circle, some of them squat on the ground, intending to stay on till the end of the performance. “Encore!” When the band packs up, there is a handful of euro coins in front of them. Many more stops in many more squares lie ahead.

But first…the world’s largest museum, home to one of the most impressive art collections in history. Even if you have online tickets to beat the humungous queues, you will still have to walk behind 100 people to get inside the Louvre. Da Vinci code revisited. In the vast courtyard, surrounded on three sides by the magnificent, baroque palace, and the contrasting modern Inverted Pyramid on the man-made pond, look ahead through the gates of the Jardin Tulleries along the straight road that leads through Place de la Concorde and Champs de Elysees. Marvellous vision and town planning. “Parfait!”

It is impossible to see the total area of 652,300 square feet filled with works spanning the 6th century B.C. to the 19th century A.D., including Egyptian antiques, ancient Greek-Roman sculptures, Islamic Art, paintings by the Old Masters, crown jewels and artefacts from French nobles, so don’t bother trying that feat. It helps to have the touchscreen Nintendo’s 3DS audio guide console, with 700 audio commentaries and high-definition photos of the Louvre’s collection, and a detailed mapping function to identify your exact location. But it is a task to juggle the audio information, the visual deluge and the jostling of the crazy crowds. The Greek Roman sculptures and the French royal artefacts are particularly fascinating. Don’t miss the chance to compare Jacques-Louis David’s ‘The Coronation of Napoleon’ with the other version you may have seen at Versailles. Talking of unmissables…there’s  Leonardo da Vinci’s ‘Mona Lisa,’, that small painting (21 by 30 inches) covered with bullet-proof glass and flanked by the most guards. It is a challenge to get a square inch of space close enough with hundreds thronging all around the rope barriers. Try. After all, its the most recognizable painting on the planet. 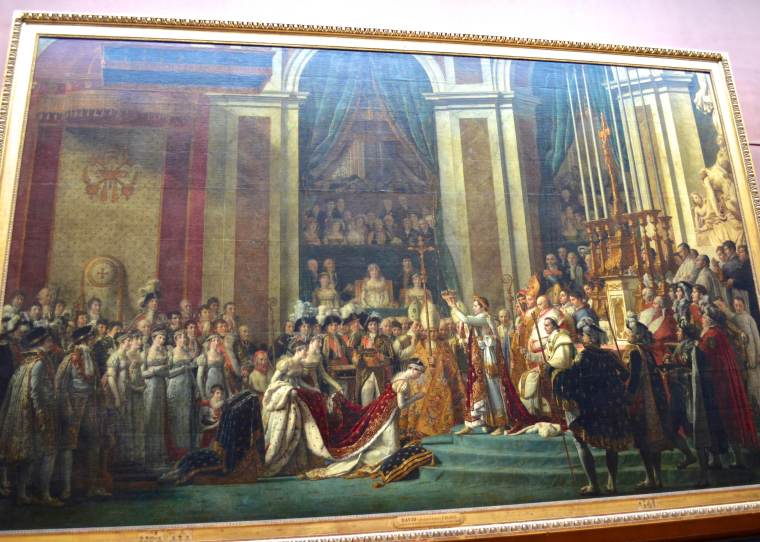 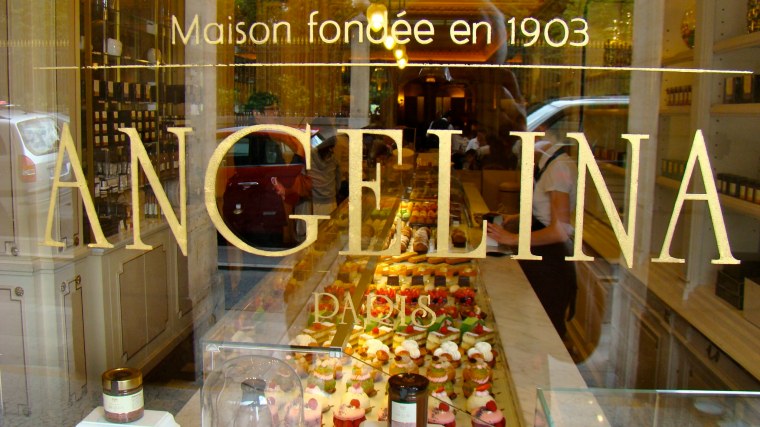 Spend the evening ambling around the world’s most famous avenue, Champs de Elysees, (pronounced shahn-zay-lee-zay), derived from “Elysian Fields” (resting place of Greek gods and other blessed figures). This is the ultimate parade ground for all Paris cultural celebrations and military parades. Even the Tour de France ends here, amongst euphoria of cheering crowds and a glorious awards ceremony. Almost two kilometers long and seventy meters wide, the Champs-Elysées draws a perfectly straight line from the Louvre, through the Tuilerie Gardens and the Place de la Concorde, ending at the towering Arc de Triomphe, Napoleon’s triumphant antique arch. 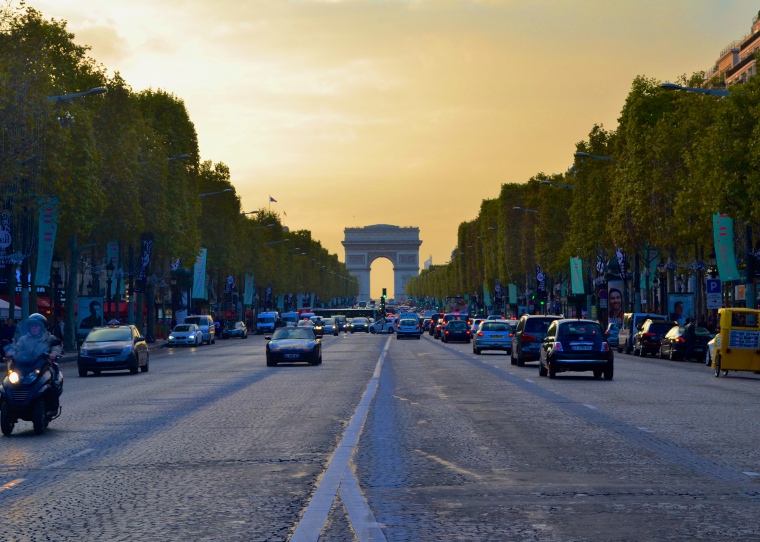 Along the luxuriously sprawling 70-foot pedestrian sidewalks, bordered by elegant buildings and rows of shady plane trees, are several cinemas, theatres, cafés and luxury shops (including a four-storey flagship store of French fashion giant Louis Vuitton built in 1914) and the legendary brightly-lit Lido Cabaret. Until the 1960s, Champs de Elysees was the epitome of pure elegance, Parisians actually dressed up to stroll here…and then the the invasion of fast food, pop culture and music megastores happened. Look now, even McDonald’s has an aristocratic address, on the most expensive strip of real estate in Europe where rents are as high as $1.2 million a year for 1,000 square feet of space. Not far stands Ladurée, a classic 19th-century tea salon with elegant interiors right out of the 1860s. Inhale the aroma of perfect cappuccinos and fine perfume, and breathe in the history and the grandeur. Its Paris and you’re in esteemed company! 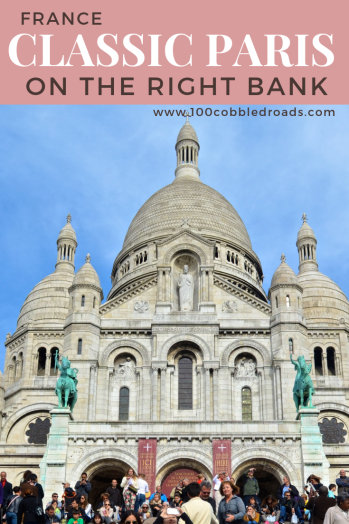