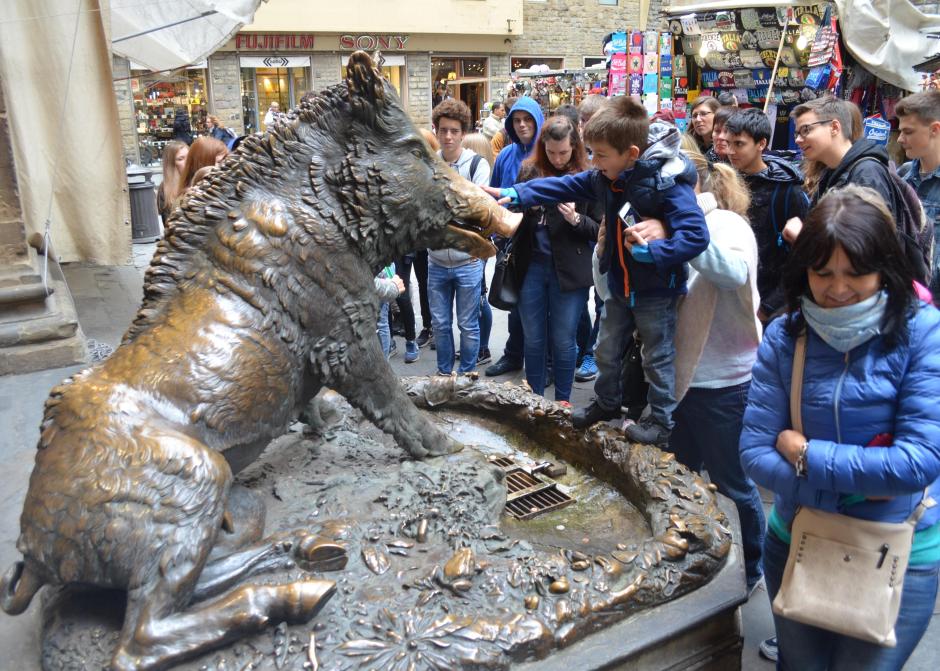 Shooting stars, wood knocks, horseshoes, wishing wells, finger crossings, wishbones, tooth fairies…everyone can count at least one happy, hope-inducing, harmless superstition that they have always believed in. The fascination for lucky charms is eternal and crowds will continue to gather at places where wishes are said to come true. So, queue up and call out to good fortune at these seven marked spots…whether for faith or for fun. Who knows, you may just strike gold, lucky devil!

All about ‘toeing the line’

Set the stage for magic: Split, second-largest city of Croatia, sitting on the edge of the dazzling Dalmatian Coast beside sparkling sapphire waters of the Adriatic Sea. Known best for its 1700 year-old UNESCO-protected ancient walled city. Sports the 7-acre retirement home of Roman emperor Diocletian.
Spot to be spotted at: Gregory of Nin statue (Grgur Ninski), located near the Old Town’s Golden Gate.
Of legacies and legend: Gregory of Nin was a bishop in the medieval Croatian capital of Nin. Historical protector of Croatian culture, language, and statehood. His oversized bronze statue, a 1929 creation of Croatian artist, Ivan Meštrović, towers to 28 feet (8.5 meters) in height.
Keeping the faith: Indulge in rubbing his shiny big toe…its easy to recognise by its golden color. Locals will vouch for his powers. 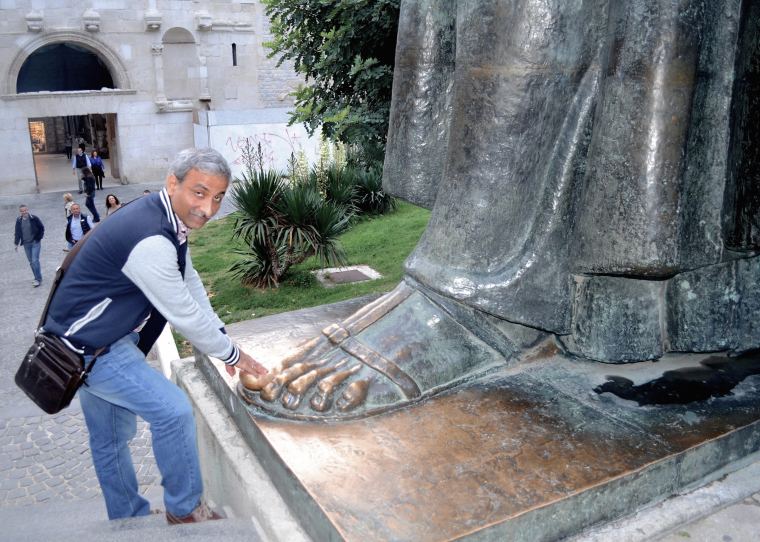 Get a charming headstart

Set the stage for magic: Dubrovnik, Croatia. dubbed ‘Pearl of the Adriatic. Claim to fame? A quintessential Wall Walk and of course, the epic Game of Thrones filming locations.
Spot to be spotted at: The Franciscan monastery, on Stradun, the main street on the left side, near the Pile Gate entrance to the Old Town.
Of legacies and legend: People crowd near the head of a small stone gargoyle ledge, fixed about half a meter above the ground and sticking out barely fifteen centimetres from a wall. It seems like the mouth of a rainwater drain, and even has a name…Maskeron. Its top surface is smooth and polished like marble from years of thousands of steps and the wall above is greasy from the touch of a thousand hands.
Keeping the faith: The legend is that if you balance on the ledge, stand facing the wall, you will find true love. Definitely worth trying. 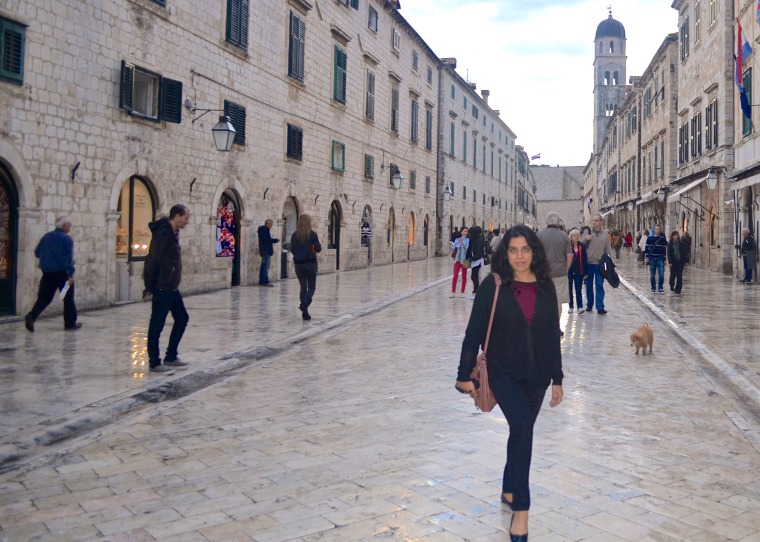 Win by a nose

Set the stage for magic: Enigmatic capital of Italy’s Tuscany region, Florence. Considered the birthplace of the Italian Renaissance, overflowing with all rings arty.
Spot to be spotted at: The Mercato Nuovo (Straw Market) covered by a Renaissance loggia in the historic center, a two-minute walk from Duomo.
Of legacies and legend: Il Porcellino is a bronze fountain decoration created by Baroque-era bronze master Pietro Tacca. This one is a replica of the original sculpted to adorn a fountain in Italy’s famed Boboli Gardens.
Keeping the faith: Slip a coin into the boar’s jaws and rub the shiny golden snout for for good luck. 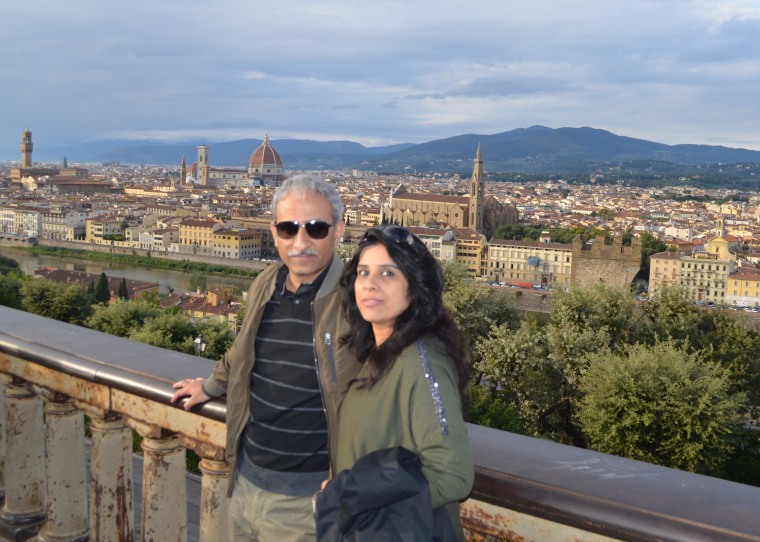 Other side of the coin

Set the stage for magic: Rome, the eternal city and capital of Italy, dripping with history, ancient artefacts and some of the world’s most recognised monuments, including the Colosseum and Pantheon.
Spot to be spotted at: Trevis square in the Quirinale district of Rome, less than 10 minutes from the Spanish Steps.
Of legacies and legend: At 85 feet high and 65 feet wide, Trevis takes the cake as the biggest and most elaborate fountain in the city. Created by several designers including famed sculptor Bernini. Roughly €3,000 coins are thrown into the fountain pool every day. All proceeds towards charity and upkeep.
Keeping the faith: With your back to the fountain, throw a coin into the Trevi with your right hand over your left shoulder. Second trip to Rome guaranteed.

A shoulder to cry on

Set the stage for magic: Timeless city of Istanbul, Turkey on the striking blue Bosphorus Strait, straddling the two continents of Asia and Europe. Identified by its spectacular skyline of cascading grey-blue domes and pencil-thin minarets of nearly 3,000 mosques.
Spot to be spotted at: The Hagia Sophia at Sultanhamet has a column close to the northwest exit of the nave, which attracts visitors for a strange reason.
Of legacies and legend: The column is known as the “wishing column” or the “weeping column” is always damp to the touch. It is said to be crying because of a sultan’s pity. There’s a healing hole on the column.
Keeping the faith: Stick a thumb into the hole and attempt to rotate the finger in a perfect circle. If the thumb gets wet, your wish will be granted. 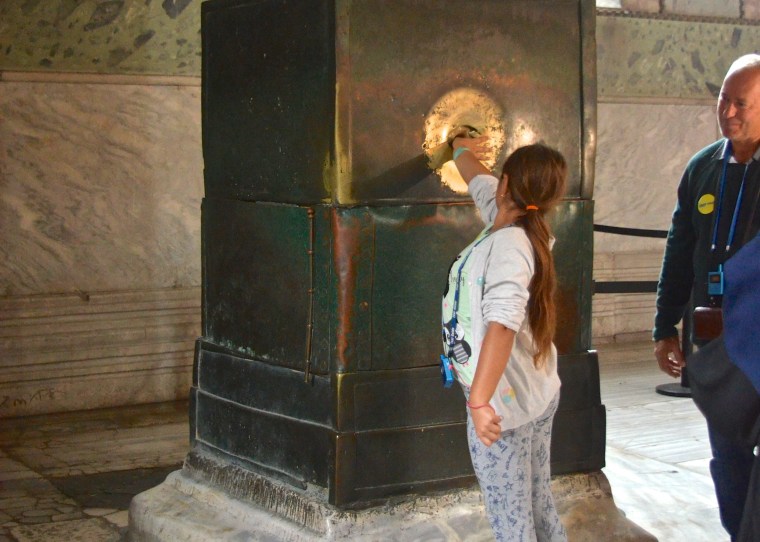 Set the stage for magic: Mother of all cities, Prague, Czech Republic. Home to a hundred spires and the iconic Charles Bridge, lined with statues of Jesus, the Holy Family, and other saints.
Spot to be spotted at: St John of Nepomuk memorial plaque in the middle of the Charles Bridge.
Of legacies and legend: A cross engraved on the bridge wall marks the spot from where Saint John was said to be thrown off. A wrought-iron grille plaque depicts Saint John resting at the bottom of the Vltava river. The statue has a halo with five stars, representing five bright stars that appeared in the sky above him when he died.
Keeping the faith: Using all fingers of your left hand, touch the image of St. John of Nepomuk on the grille, who is depicted lying down. Your wish will be granted. 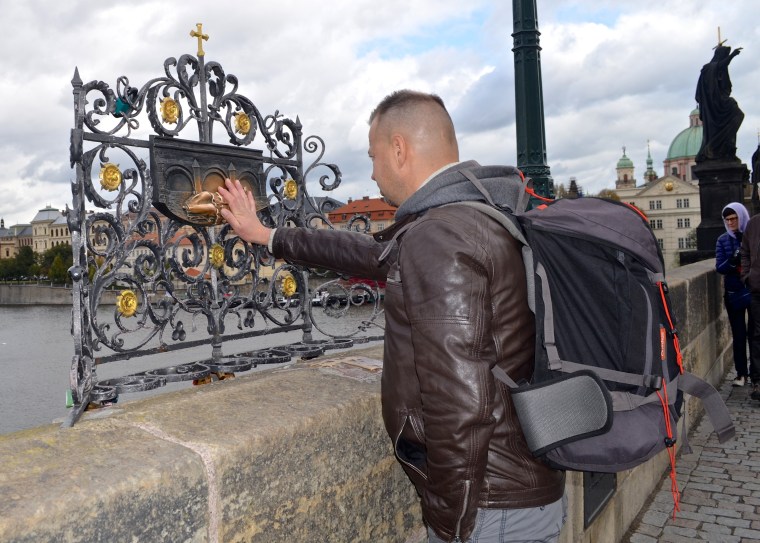 Its ok to point a finger

Set the stage for magic: Germany’s best preserved medieval walled town, Rothenburg ob der Tauber, on the popular Romantic Road route, epitome of German romanticism. Known most by a certain instagrammable location: Gerlachschmiede, the pretty gabled house on a forked street.
Spot to be spotted at: 14th-century St.James Church, 3-minute walk from the central market square, Marktplatz.
Of legacies and legend: A statue of St. Jacob statue outside the church building depicts one of the twelve original apostles, James, official saint of the town. James has an extended left index finger, glowing golden from a million touches.
Keeping the faith: Pull the index finger to ensure good luck and protection.

Have you been to a place which has a lucky legend associated with it? 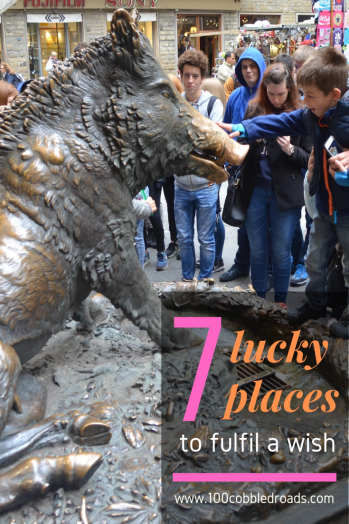